Amanda Seyfried opens up about living with mental illness

Her honesty is so refreshing.

Amanda Seyfried is a diverse and brilliant actress.

We loved her in Mean Girls as the hilariously dumb Karen Smith and in Les Miserable as Cosette.

But we have a new found respect for the actress after she opened up about living with a mental illness.

Amanda has obsessive compulsive disorder (OCD), an illness often mistaken for 'being a bit of a clean freak', when it is in reality, so much more.

When asked by Allure about what work she has done on her new house, Amanda discusses the effect OCD has on her choices.

"I just finished renovating one of the barns for guests. I put in a bathroom and a little kitchenette, but no stove; I want people to eat meals in the house. Also, I always worry about people and how they use stoves. Which is just a controlling thing."

When asked if this 'worry' was related to her OCD, she said:

“Yes. About the gas. You could so easily burn down something if you leave the stove on. Or the oven.” 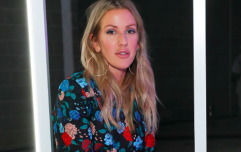 END_OF_DOCUMENT_TOKEN_TO_BE_REPLACED

OCD is a lesser talked about mental illness, and when it is discussed, it is often misunderstood. Amanda's comments help to illustrate the challenges and worries that OCD may cause.

The actress goes on to discuss medication, and her logic behind taking it. For some people, medication is needed when they are suffering from a mental illness, it is completely circumstantial and some people do not take it when they have a mental illness. Unfortunately there is a stigma around the topic causing many people to be misinformed about antidepressants.

"I've been on it since I was 19, so 11 years. I'm on the lowest dose. I don't see the point of getting off of it. Whether it's placebo or not, I don't want to risk it. And what are you fighting against? Just the stigma of using a tool?

A mental illness is a thing that people cast in a different category [from other illnesses], but I don't think it is. It should be taken as seriously as anything else."

She adds that the invisibility of her illness can make it difficult to understand.

You don’t see the mental illness: It’s not a mass; it’s not a cyst. But it’s there. Why do you need to prove it? If you can treat it, you treat it. I had pretty bad health anxiety that came from the OCD and thought I had a tumor in my brain. I had an MRI, and the neurologist referred me to a psychiatrist. As I get older, the compulsive thoughts and fears have diminished a lot. Knowing that a lot of my fears are not reality-based really helps.”

Honesty like this can help to lift the stigma attached to mental illness and high-profile celebrities like Amanda speaking out, can help to encourage a change.


popular
These €20 Zara trousers are seriously comfortable and they come in three colours
Harvey Weinstein found guilty of criminal sexual act in the first degree and rape in the third degree
The comfy €42 M&S boots we're going to be living in all spring
The dress that Holly Willoughby wore this morning is getting very mixed reactions
'Be A Lady, They Said!' You need to watch this incredibly powerful video about being a woman
Why you shouldn't put your address on your luggage when going on holiday
Irish citizens advised not to travel to parts of Italy affected by coronavirus
You may also like
1 month ago
Pinterest has launched a mental health initiative in Ireland, and it sounds brilliant
2 months ago
Turns out listening to too much Christmas music is bad for you
2 months ago
Me and my SAD lamp: the potential placebo effect that might just be working
2 months ago
10 things to do this weekend to re-charge and get ready for the week ahead
2 months ago
Why you should go on an Instagram unfollow spree right now
3 months ago
Meaningful Christmas: The alternative advent calendar we should all take part in this December
Next Page