You know what, fair.

There's plenty of women that would absolutely swoon at Brad Pitt. The prospect of rejecting a hug from the Fight Club actor would to many be unthinkable.

Not to Amy Adams however.

The actress appeared on Thursday night’s episode of Jimmy Kimmel Live! to regale her story of pieing off the 54-year-old heartthrob. 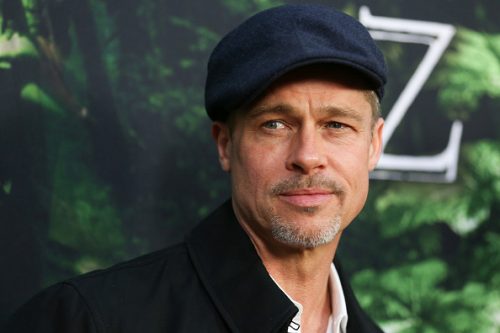 Amy appeared on the popular show largely to chat about her latest role, playing former Second Lady Lynne Cheney in her new movie Vice opposite Christian Bale as Dick Cheney.

It was her witty story about an awkward Brad Pitt encounter that has been making headlines, however.

Forty-four-year-old Amy told Jimmy that Brad Pitt was one of the producers of the new film and one day was scheduled to pay a visit to set. While most of the women involved with the production were applying lipgloss and "skipping to set", Amy wasn't quite so excited.

That day, she was in “70-year old Lynne makeup” and a suit that made her look “quite a bit heavier.” Compounding this, Amy had just been diagnosed with an eye infection. It's honestly the stuff of nightmares.

“I have seen him before, but every time you’re thinking it’s going to be like A River Runs Through It,” she told Kimmel. “You imagine yourself looking really pretty in, like, a white nightgown. But that wasn’t the case. I was in my fat suit with pink eye.”

Apparently, Brad was really sweet to everyone and went to give Amy a hug, which she had to decline on account of her eye infection. She told the host:

“And that’s when I became the first woman in history to reject a hug from Brad Pitt."

That's going down in the Guinness Book of World Records, we think!

popular
Dublin TikTok house deny staging dance with couple having sex behind them
WATCH: Zara shopper left mortified over embarrassing trouser gaffe
Woman in court in connection with the identifying of boy found guilty of Ana Kriégel on social media
You can order 'F*ck Covid' wine and everyone in Ireland needs some right now
Gardaí investigating after body of woman and infant boy found in Dublin
Jessie J confirms split from Channing Tatum
Here's what happens on every day of your menstrual cycle (roughly)
You may also like
8 months ago
BAFTAs 2020: Why many celebrities dressed sustainably for this year's awards
1 year ago
True 'love' for tennis champ Rafael Nadal as he gets engaged to his long-term girlfriend
1 year ago
Everyone is talking about Cheryl's snappy moment on 'The Greatest Dancer' last night
1 year ago
James McVey posts picture of the moment right before he proposed and BOY is it risky
1 year ago
Cheryl's got some explaining to do after revealing a wild secret from her Girls Aloud days
1 year ago
Saoirse Ronan reveals what she did after the Golden Globes and we'd be the exact same
Next Page