It's all go for Amy.

From writing books and scripts to starring in shows and creating shoes - if there's one thing this Dublin native doesn't do it's take a backseat when it comes to her career.

With decades in the spotlight, two best-selling books, shows like Finding Joy, Moone Boy, Can't Cope Won't Cope and Striking Out under her belt as well as a dabble in fashion - the next move for Amy sees her return to her love for reading as she joins forces with Diet Coke for their first ever book club series.

END_OF_DOCUMENT_TOKEN_TO_BE_REPLACED

The books chosen are If Only by Melanie Murphy, Rules of the Road by Ciara Geraghty and How to Fail by Elizabeth Day which Amy believes will be firm favourites among the attendees. 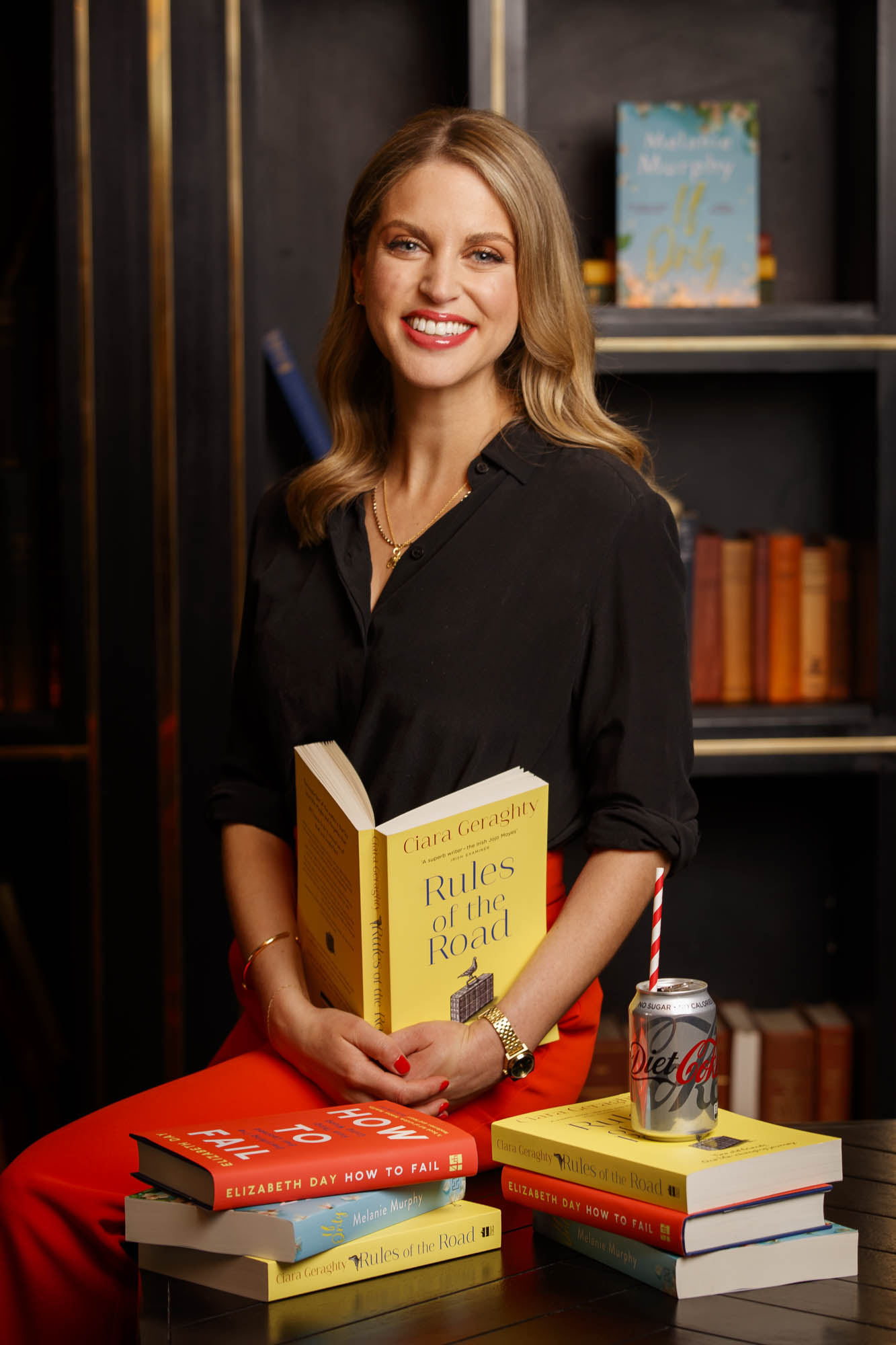 As for her own writing, although it has been eight years since she wrote a book, Amy isn't closing the door on that chapter.

"It's been a while since I've written a book and yeah, I get asked sometimes 'are you going to write another one?' And I'm like 'I will, I will'."

But, creating content isn't easy and so, Amy has learned to distance herself from the opinion of others and remember that everyone isn't always going to always like what you create and that's OK too.

Continuing, Amy revealed that the process is similar to acting. Explaining that after years in the industry, she now grasps that uncertainty is part and parcel of the outcome and all you can do is your best.

"Being an actor for as many years as I have, you learn you have so little control over the process that you kind of become adapt to dealing with that quite quickly. You know you don't control any of it.

"You have to learn to navigate that road of really not knowing outcomes or things like that which can be scary but, you just learn how to deal with it in good and in bad. "

Like Amy explains, it's all about growing a thick skin.

Last week, Amy made headlines in Irish news for a snap she shared while on a trip to New York alongside her husband, former Irish rugby star, Brian O'Driscoll. While the pair were in the big apple, Amy met with a J1 student whose mother had reached out to Amy to look out for her son while she was in the city.

Seeing the comment, the student named Seán contacted Amy and the pair met up to ring the mammy and let her know all was good stateside.

"We were standing there with our bags and he arrived with his mates and we rang his mum. His mum was so lovely she was great craic. At first she was like 'I don't have my hair and makeup done!' and I was like 'you're grand, it's only on FaceTime!'.

Amy will be taking part in the Diet Coke Book Club on August 30 in the Marlin Hotel in Dublin. Aside from that, two other book events will be happening as part of the same series in both Cork and Belfast.

See below for the details and how YOU can come along!

You can purchase FREE tickets to the events online here.

We'll see you there!

popular
Love Island's Adam Collard and Paige Thorne are "on a break"
Netflix's Dahmer series' inaccurate key detail changes everything
Here are the baby name trends set to dominate 2023
5 delicious brunch spots around Ireland to try out on your next trip with the girls
Irish twins featured by Gucci during Milan Fashion Week
Maisie Williams speaks about "traumatic" relationship with father
Doctors move young girl to Dublin hospital after Co. Clare incident
You may also like
2 days ago
WATCH: First look at Netflix's YOU season 4
3 days ago
A Criminal Minds re-boot is happening – and here's everything we know
1 week ago
Who Wants To Be A Millionaire? contestant accidentally exposes filming secret at end of show
2 weeks ago
A docuseries about the 'Bling Ring' is coming to Netflix
2 weeks ago
The Handmaid's Tale confirmed for a 6th and final season
2 weeks ago
Netflix reveals full list of scary shows and movies arriving between now and Halloween
Next Page