Have you seen this advert?

A face cream called Dermavix is once again doing the rounds using an image of Amy Huberman without her permission as the "cover girl".

The scam which was first brought to the actresses attention in August caused Amy a great deal of stress as the product claimed that Amy used and loved the cream. 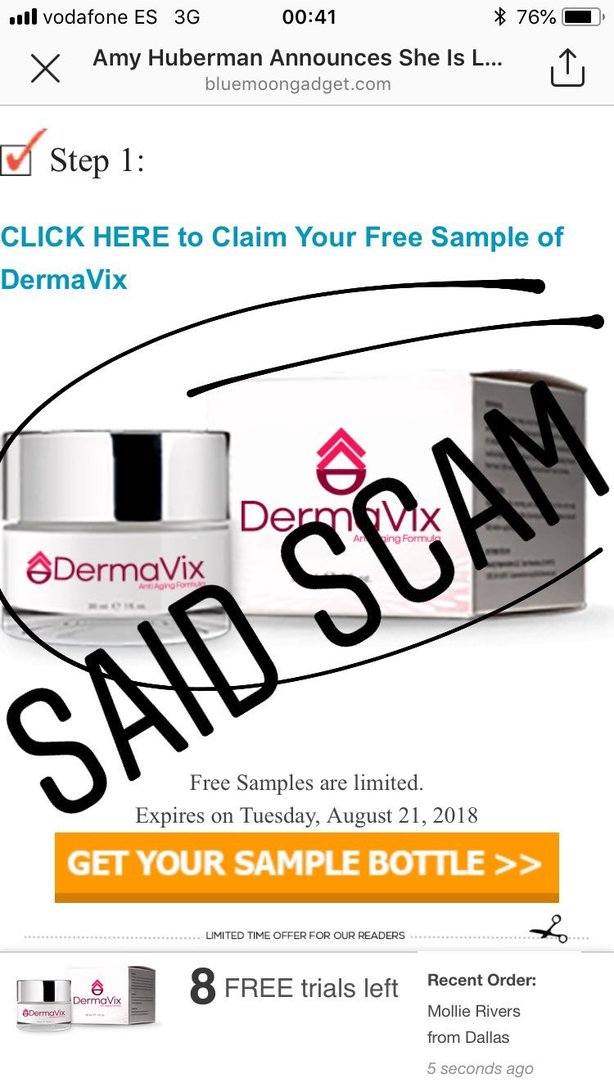 END_OF_DOCUMENT_TOKEN_TO_BE_REPLACED

During the summer, Amy told the Independent that she had her legal team were looking into the online advert for her saying:

“It’s a complete scam and all articles relating to them fabricated so please ignore. Have legals on it."

END_OF_DOCUMENT_TOKEN_TO_BE_REPLACED

And now, it looks like Dermavix is back yet again, using the star's face to front their anti-ageing cream. In a series of pop-ups on Instagram, many fans have noticed Amy's face alongside the advert which has been reported as a scam.

Therefore, Amy is asking fans and followers to notify her or send her a link of the pop up if they spot it, writing on Twitter yesterday, Amy said the following:

Those ‘Dermavix’ face cream scammers are back again. People saying they are seeing the dark ads pop up and made up related articles. Please ignore; it’s a complete scam. I have legals on it. Again if you see them if you could copy and paste URL for me to pass on. Thanks a mill x