Although it was a short and sweet romance, Amy Willerton has revealed that she regrets dating TOWIE star Joey Essex.

The 22-year-old hooked up with the TV star after meeting him on the Australian version of I’m A Celebrity…Get Me Out Of Here! last year.

Now, she has revealed that the romance was not a good time for her and that she regrets that their relationship found its beginnings on TV in front of millions of viewers.

“The attention after we left the show was really hard for me,” she revealed to the Daily Star Sunday. “While Joey had a strong management team behind him, I didn’t really have anybody in my corner.

“It was a really one-sided situation – I kind of just got left and fed to the wolves.” 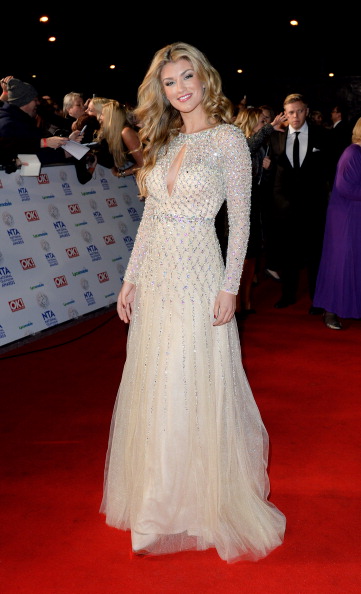 Her revelations come in the wake of the release of Joey’s autobiography where he claims that he and Amy had sex the second night after leaving the jungle and that they got together in the toilet of an airplane.

END_OF_DOCUMENT_TOKEN_TO_BE_REPLACED

“I haven’t read the book,” she said. “What can I do about it anyway? I’m not going to go chasing after every single person who has said something bad about me.

“I want to live a happy life – I tend to ignore the bad.”

She also revealed that the relationship broke down because she wanted a “normal” boyfriend.

“I still fancy him, but I don’t want to be the next Katie Price and Peter Andre…he is a really loving, kind person and being with him felt really nice.”

popular
5 new additions to Netflix to spend your weekend watching
Irish teacher Lucy Lanigan-O'Keeffe is engaged Prince William's best friend, Thomas van Straubenzee
The second season of Dirty John lands on Netflix next week and we’re already hooked
Daisy Coleman from Netflix's Audrie & Daisy has died, aged 23
So, William and Harry have a step sister... and who knew?
It turns out we may have been brushing our hair wrong the whole time
Gwen Stefani reportedly pregnant with baby number four
You may also like
1 year ago
Turns out, this colour of wine gives you the WORST hangover
4 years ago
Lily Allen has revealed that she was stalked for seven years
4 years ago
Pretty Little Liars actor Brandon Jones could be facing over five years in prison
4 years ago
Gwen Stefani Receives Massive Backlash After "Insulting" April Fools' Prank
4 years ago
Katie Price Names And Shames The Twitter Trolls Bullying Her Son Harvey
4 years ago
Kim Kardashian Blasts "Body-Shaming and Slut-Shaming" In Brilliantly Honest Post
Next Page