The pair were married for two years.

The late Amy Winehouse had a tempestuous relationship with Blake Fielder-Civil before their marriage in 2007. The couple were once seen walking around London after a night out, visibly marked up after a brawl.

In 2009 they divorced. Just two years later Amy passed away as a result of alcohol poisoning.

‘Me and Amy only used drugs together, in maybe six months out of our marriage.’

The Sun reported that Blake appeared on the popular show to convey his dissatisfaction that Amy's father intends to stage a hologram tour for his daughter's fans, which the thirty-six-year-old views as a money grabbing opportunity.

When Piers Morgan contested this viewpoint, pointing out Blake had also cashed in on his late wife's memory by selling his story to the press, he disagreed:

"To call it cashing in is a bit misleading, I would have done it without any money but the reason I ended up taking money was I had been in a situation where I found it really hard to get a job and couldn't really earn money any other way."

The publication stated that Amy's family has said the money from the proposed new tour will go to the Amy Winehouse Foundation, a programme which helps women recover from addiction. 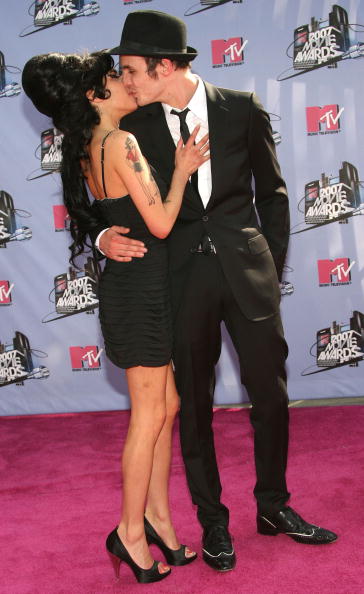 Blake also told Piers that he "always" feels responsible for having a part to play in Amy's death, but that other parties also need to accept some blame.

He said that the couple only took drugs together for "about six months" during their marriage.

popular
Shawn Mendes (24) is reportedly dating Dr Jocelyne Miranda (50)
Brighten up your Christmas with these affordable festive lights, coming to Lidl next week
Irish wellness brand cancel Cork pop-up following explosion on ship full of stock
Apparently this is the best date to put up your Christmas tree
Why Are Men so Obsessed With Boobs? The Answer is Pretty Surprising...
Lauren Graham shares who she thinks Rory's baby daddy is
Natalie Imbruglia's Torn is actually a cover and the original just isn't the same
You may also like
11 months ago
Ofcom releases most complained about TV moments of 2021
1 year ago
Piers Morgan wins Ofcom complaint over Meghan Markle comments
1 year ago
Alex Beresford quit social media over "relentless racist abuse"
1 year ago
Piers Morgan in Twitter spat with Jedward over Winston Churchill
1 year ago
Piers Morgan in "£10m bidding war" after Good Morning Britain exit
1 year ago
Piers Morgan responds to petition, confirms he will not return to GMB
Next Page