In images which emerged yesterday, Anne Hathaway was spotted in New York City sporting a curly 'do which debuted her dramatic new shade.

This is quite a surprising move from Anne as the star never usually dyes her hair bar in 2013 when she went full on peroxide blonde for her Met Gala appearance. 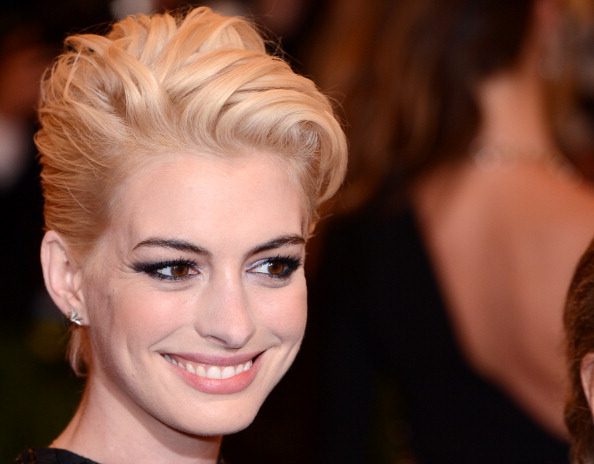 However, it appears Anne's choice of hair shade wasn't a personal choice, as the star is currently busy shooting her new flick The Last Thing He Wanted in Puerto Rico and so, many reports suggest that Anne is experimenting with colour solely for the film. Makes sense.

The 36-year-old was also spotted in two completely different outfits yesterday, featuring the above and also this slicked hair, parka jacket look which Vogue refers to as bringing a "Julia Roberts, Pretty Woman" vibe. 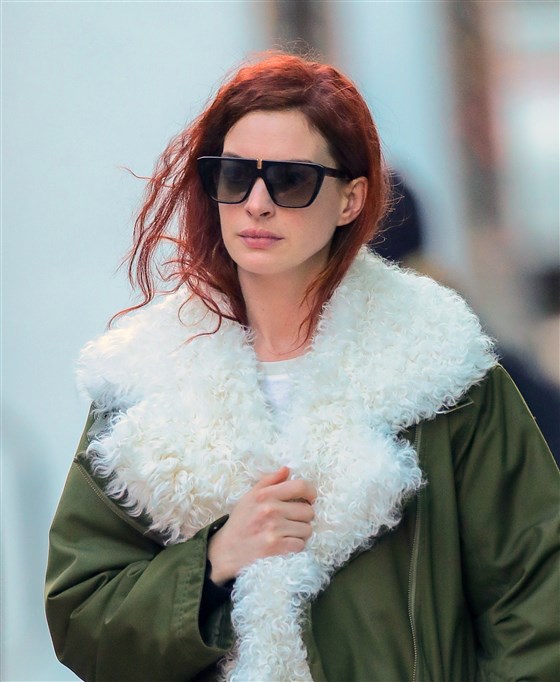 It's hard to know whether Anne will keep the locks having often fallen in love with her "set hair" and then sticking with the 'do.

popular
Simon Harris gives three urgent options for easing restrictions next week
Personality QUIZ: Which character from You are you?
Another Strictly star has pulled out of the live show
This TikTok hack shows you how to pack more despite baggage allowance
Addison Rae temporarily banned from TikTok
Tributes paid to Limerick based blogger and model Patrick McLoughney
Lidl closing early this weekend to thank staff for hard work
You may also like
1 day ago
Another Strictly star has pulled out of the live show
1 week ago
Squid Game fans spot massive clue in Tug of War game
1 week ago
Give Midnight Mass another shot - please
1 week ago
Disappointment as The Den has been cancelled again
1 week ago
Why we can't stop watching Squid Game
1 week ago
Tilly Ramsay moves dad Gordon to tears after performance on Strictly
Next Page