Ant and Dec have been though a lot in the last thirty years or so.

The duo have been best friends for almost their whole lives, making them like family.

END_OF_DOCUMENT_TOKEN_TO_BE_REPLACED

Well, apparently that familial connection was stronger than we thought.

They found out that they both have  the same DNA marker S660.

"Ant, we’ve discovered your DNA into the deep past and you carry a unique DNA marker called S660." 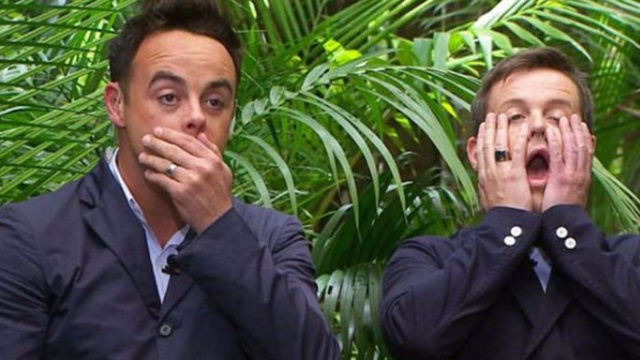 END_OF_DOCUMENT_TOKEN_TO_BE_REPLACED

"Dec, we’ve traced your DNA into the deep past, and have discovered you also carry the DNA marker S660."

Having read the results, Dec said: "So we’ve both got the DNA marker S660. OMG, that’s really surprising!"

Explaining the relationship between Ant and Dec, a genealogist explained:

"There’s only one way to share a DNA marker – and that’s because you’re related."

"Recently, a Viking age warrior’s Skelton has been dug up in Dublin. He was in his late 20s, and died over 1000 years ago."

"What’s amazing to me is that when his DNA was analysed, it was shown he carried the S660 marker – the same marker that Ant and Dec carry. "

"This warrior is directly related to them, in the father line. He’s the first one warrior we’ve ever found in the world with the S660."

popular
The six Eurovision countries with "irregular voting patterns" have been revealed
Three year old dies after suspected dog attack in Manchester
Saoírse Ruane's mum says daughter faces "fight of her life" ahead of surgery
Kourtney Kardashian and Travis Barker have officially gotten married
Irish actor Donal Courtney dies aged 52
Fans swear these Aldi buys are EXACT dupes of some very high-end beauty products
Season 3 of Bridgerton will be all about Penelope Featherington
You may also like
2 years ago
Lisa Armstrong is reportedly making a BIG move in the hopes of a fresh start
2 years ago
Ant McPartlin and girlfriend, Anne-Marie Corbett, have taken a massive step in their relationship
2 years ago
Lisa Armstrong just revealed a new tattoo, and it has a very special meaning
2 years ago
Ant McPartlin back on the road five months before drink driving ban due to be lifted
2 years ago
Ant and Dec begin filming for I'm A Celeb after Ant's break from the series
2 years ago
Lisa Armstrong just threw shade at Ant McPartlin on Twitter, and we're here for it
Next Page