It was a very happy Christmas for Ant McPartlin, who has announced his engagement to girlfriend Anne-Marie Corbett.

The TV presenter popped the question at home on Christmas Eve after over two and a half years of dating.

"Ant has been planning this for some time - but wanted to make sure the moment was just right," a friend of the couple told The Sun.

"He's a traditionalist, so got down on one knee after first checking with Anne Marie's family that he had their blessing. It was super-romantic, and obviously Anne-Marie said 'yes' straight away."

The couple aren't planning their big day just yet, the friend added, saying that it's likely they'll tie the knot next year. 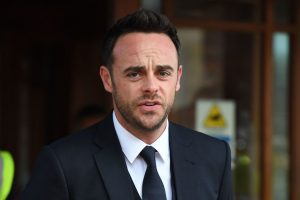 END_OF_DOCUMENT_TOKEN_TO_BE_REPLACED

A spokesperson for the couple confirmed the news, saying; "Ant and Amzie are delighted to announce their engagement. The proposal took place on Christmas Eve at home in a very romantic setting."

Ant and Anne-Marie have been together since April of 2018, having met when she began working for him as a personal assistant.

The couple moved in together in 2020, not long after Ant finalised his divorce from ex-wife Lisa Armstrong. They had split in 2018 after 11 years of marriage.

Anne-Marie has two teenage children from a previous relationship.

popular
Baby twins die in hot car after dad forgets to drop them to creche
Ekin-Su Cülcüloğlu signs the biggest fashion deal in Love Island history
Tasha Ghouri lands major brand deal post Love Island
Jacques O'Neill issues apology after facing backlash for online behaviour
Love Island's Danica said she felt "disrespected" in the villa
Love Island producers respond to claims Jacques was kicked off the show for "bullying"
Max George and EastEnders actress Maisie Smith reportedly in a relationship
You may also like
2 years ago
Lisa Armstrong is reportedly making a BIG move in the hopes of a fresh start
2 years ago
Ant McPartlin and girlfriend, Anne-Marie Corbett, have taken a massive step in their relationship
2 years ago
Lisa Armstrong just revealed a new tattoo, and it has a very special meaning
3 years ago
Ant McPartlin back on the road five months before drink driving ban due to be lifted
3 years ago
Ant and Dec begin filming for I'm A Celeb after Ant's break from the series
3 years ago
Lisa Armstrong just threw shade at Ant McPartlin on Twitter, and we're here for it
Next Page