Ant McPartlin has spoken publicly about his divorce for the first time since his split from ex Lisa Armstrong.

They had been married for 11 years.

END_OF_DOCUMENT_TOKEN_TO_BE_REPLACED

Ant has since spoken about the divorce for the first time since he and Lisa split, saying that they "don't speak" and haven't done so "for a while."

"It’s still ongoing in terms of the legal situation," he explained to The Sun in his first interview since he was arrested in early 2018. 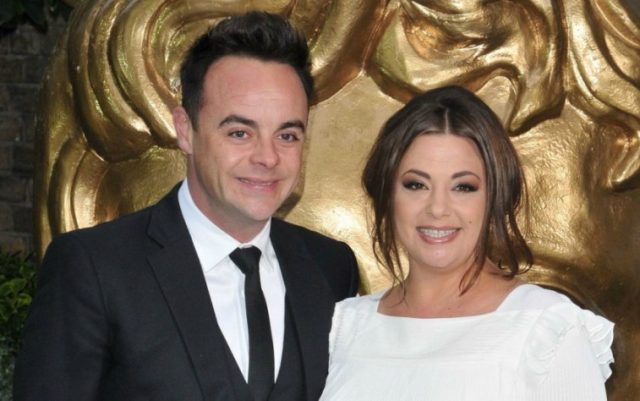 Ant said that although Lisa has been "everywhere" since the pair finalised their divorce, he opted to keep a low profile and not speak so openly about his private life.

“I purposely, throughout the whole of my divorce, have not said anything publicly," he said.

“I’ve not been on social media or put any of my personal views out there. It’s not my style. She can live her life how she wants to live her life and say what she wants but I prefer to keep that private.”

END_OF_DOCUMENT_TOKEN_TO_BE_REPLACED

Ant and new partner Anne-Marie Corbett made things official last summer, much to the disdain of Lisa who took to Twitter to call out the relationship.

Ant, however, has said that he's never been happier with the former PA in his life.

“Anne-Marie honestly is the fundamental reason for the great change in my life," he said.

“She’s been my rock. She’s a beautiful soul. We’re very happy. I’m in the best place I’ve been in my life, to be honest with you. It’s great.”

Girls With Goals || Her · Ep.151: 'A Story Shared' - Aoife P. Rafter on blogging during a pandemic and living with CF
popular
'I loved it': The childhood drug addiction that inspired The Queen's Gambit
Here's what happens on every day of your menstrual cycle (roughly)
Met Éireann issue "severe" 55-hour weather advisory
There’s A Way To Rescue Your Favourite Snapchat Filters
Someone has ranked the penis size of men from all over the world
Why Are Men so Obsessed With Boobs? The Answer is Pretty Surprising...
Here's how long sperm actually lasts for after sex
You may also like
1 year ago
Ant McPartlin and girlfriend, Anne-Marie Corbett, have taken a massive step in their relationship
1 year ago
Lisa Armstrong just revealed a new tattoo, and it has a very special meaning
1 year ago
Ant McPartlin back on the road five months before drink driving ban due to be lifted
1 year ago
Ant and Dec begin filming for I'm A Celeb after Ant's break from the series
1 year ago
Lisa Armstrong just threw shade at Ant McPartlin on Twitter, and we're here for it
1 year ago
Ant McPartlin returns to BGT tonight and Amanda Holden says there's one adorable moment
Next Page