"Some folks are very sensitive to examining and exploring gender roles in society."

Alexandria Ocasia-Cortez has weighed in on Harry Styles' latest Vogue cover in which he dons a lace Gucci gown and looks absolutely incredible.

The US congresswoman called the cover, which has received a small amount of criticism, "beautiful," stating that it balances masculine and feminine elements of fashion perfectly and that, more importantly, Harry looks "bomb."

"Some people are mad at it because some folks are very sensitive to examining and exploring gender roles in society," she wrote on IG Stories. 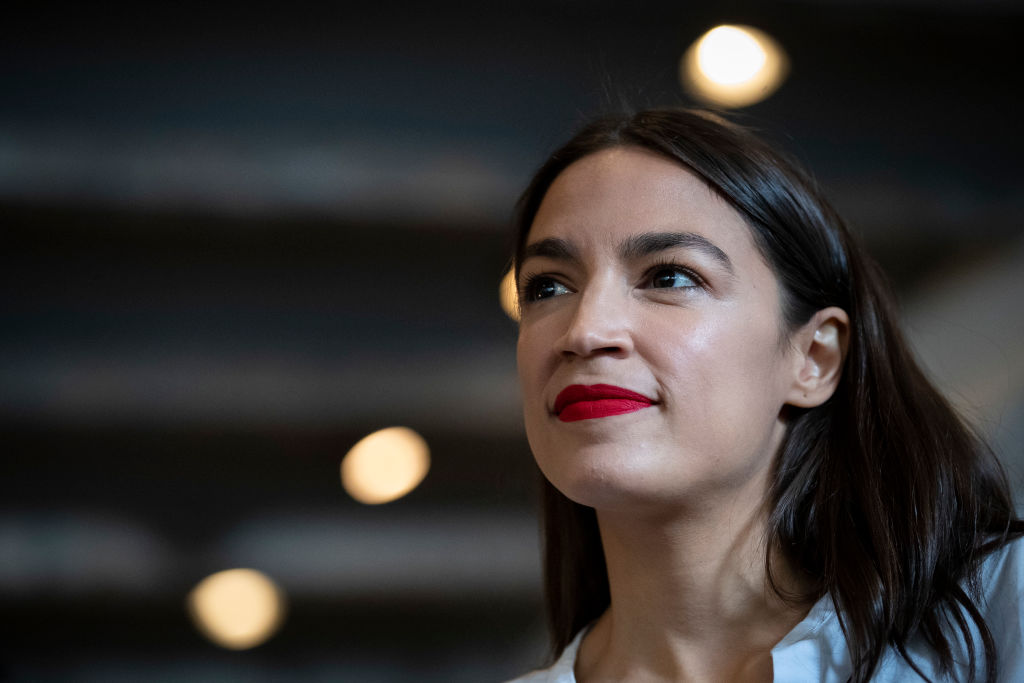 "Perhaps for some people it provokes some anger or insecurity around masculinity/femininity/etc. If it does, then maybe that’s part of the point. Sit with that reflection and think about it, examine it, explore it, engage with it, and grow with it.

"What’s the point of creating things if they don’t make people think? Or feel or reflect? Especially as an artist or creative? Who wants to see the same things all the time? And never explore their assumptions?

"It looks bomb," she concluded.

Style's Vogue cover was announced last week and is, according to the singer, an homage to fashion experimentation between pieces that have traditionally been seen as "male" and "female."

"Clothes are there to have fun with and experiment with and play with," he said in his interview. "What’s really exciting is that all of these lines are just kind of crumbling away.

"I’ll go in shops sometimes, and I just find myself looking at the women’s clothes thinking they’re amazing. It’s like anything — anytime you’re putting barriers up in your own life, you’re just limiting yourself. There’s so much joy to be had in playing with clothes."

But despite the large amount of support and applause the cover has received, some remain adamant that Styles should not have graced Vogue in a dress.

Among them are conservatives who deem the shoot an "attack" on masculinity, as well as some members of the queer community who argue that Vogue's first non-female cover star should have gone to a trans person instead.

Performing artist and writer Alok Vaid-Menon wrote on Instagram that they had mixed feelings about the cover, writing that "our aesthetics make it to mainstream, not our bodies."

"Am I happy to see Harry be celebrated for openly flouting gendered fashion norms? Yes. Do trans femmes of color receive praise for doing the same thing every day? No," they said.

"We are still dismissed as 'too much' and 'too queer' because we aren't palatable enough to whiteness and heteronormativity. Is that Harry's fault? No. It's the fault of systems of transmisogyny and racism."

popular
Tributes pour in for designer Virgil Abloh following death at 41
8 of the hottest make-up trends to try this festive season
The best memes from this year's Late Late Toy Show
Japan to close its borders to tourists to prevent Omicron spread
The internet is saying the same thing after Ryan's Toy Show opening
Strictly's Giovanni Pernice responds to dating rumours following split from Maura Higgins
Top 9 moments from the Toy Show we're still talking about
You may also like
6 days ago
Hollyoaks' Jorgie Porter shares pain of miscarriage of quadruplets
6 days ago
Tributes paid to actor Joey Morgan who has died, aged 28
1 week ago
Camila Cabello and Shawn Mendes announce split after 2 years
1 week ago
Three months is plenty of time to fall in love, and to have your heart broken
3 weeks ago
Gigi Hadid reportedly met with custody lawyers after alleged fight
4 weeks ago
Gigi Hadid speaks out after alleged dispute between Zayn Malik and Yolanda Hadid
Next Page