Apparently, people don't know who Mika is and we are quite shook

If you weren't listening to Grace Kelly, Love Today, and Big Girl (You Are Beautiful) back in the day, seriously, what were you doing with your life?

There is the very real possibility that you were simply too young for such joy, but if not, there is no excuse to not know the man, the myth, the legend that is, Mika.

But, apparently, a lot of people don't and we have some questions.

He showed up, looked all dapper and class as Mika is wont to look, and... the contestants didn't really seem all that interested. 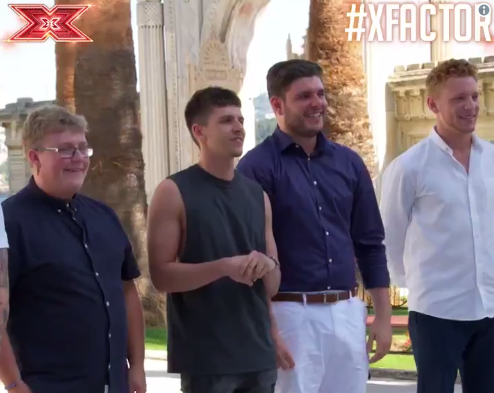 Some people online weren't too impressed either.

How very dare they.

"Who's Mika?"
My son speaks for everyone under 16. #XFactor

Others, however, were all over this Mika cameo.

They were also positively shook that people seemed to have never heard of him before.

And we don't blame them. He only released some of the softest bangers of the early noughties.

Mika was 24 when he released Life In Cartoon Motion, how dare he be disrespected.. the man needed a knighthood👏🏻

Not gonna lie it annoys me a little bit people don't know who Mika is... one of the most underrated musicians out there, great pop. 🤷🏻‍♀️

If there's anyone who deserves justice in this world it is Mika.

popular
Irish girls name was the most used Irish name in the United States last year
Love Island: Danica sets her sights on Andrew as Luca asks Jacques about his relationship with Gemma
Michael Owen hilariously responds to Love Island's heart rate challenge
Cancer campaigner Deborah James passes away aged 40
"It is no small thing:" Sharon Stone shares she experienced pregnancy loss nine times
Dublin Airport not ruling out a "flight cap" amid chaos
ER and Ray Donovan actress Mary Mara dies after drowning incident
You may also like
2 months ago
Liam Payne finally explains weird accent during hilarious Oscars interview
10 months ago
Alexandra Burke says she was "asked to bleach" her skin
1 year ago
Cher Lloyd appears to call out X Factor exploitation in viral TikTok
2 years ago
Love Island band 'No Love Lost' confirm split as Wes Nelson is 'working' on solo record
2 years ago
WATCH: Jahmene Douglas says X Factor was 'traumatising', urges singers to avoid it
2 years ago
Simon Cowell 'didn't have a clue' who the X Factor: Celebrity contestants were before filming
Next Page