Olympian Jessica Ennis has received rapes of threat and sexual violence online, following her request to have her name removed from a stand at Sheffield United if the club resign convicted rapist Ched Evans.

The athlete’s decision to remove her name from the association was met with a string of abusive tweets, including since deleted messages including:

'Saying she will remove her name if Ched Evens is signed. I hope he rapes her’ and '@J_Ennis hope ched Evans gets you you little slut.'

END_OF_DOCUMENT_TOKEN_TO_BE_REPLACED

The accounts the messages were sent from have since been deleted, but Ennis reported the threats to police who are now investigating the claims.

South Yorkshire Police has confirmed they will be investigating the threats, although have so far failed to contact the individual making threats against the heptathlete.

Ennis’ request comes following a statement made earlier this week from Sheffield United football club, who confirmed they will allow former player Ched Evans to make a return to the club to train. 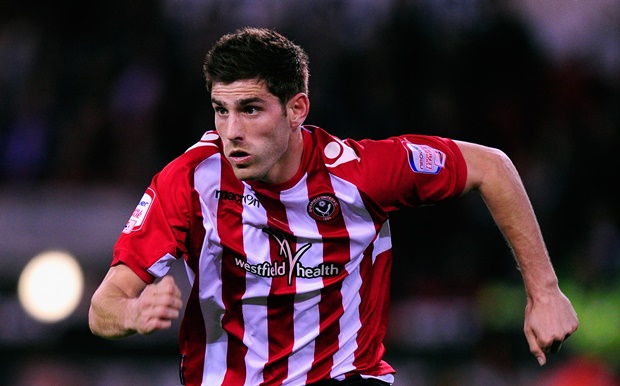 Evans was jailed in April 2012 for raping a woman in a hotel room and was freed last month after serving two-and-a-half years.

Speaking about her decision to withdraw her support from Sheffield United, Ennis said:

“I believe being a role model to young people is a huge honour and those in positions of influence in communities should respect the role they play in young people's lives and set a good example.

END_OF_DOCUMENT_TOKEN_TO_BE_REPLACED

“If Evans was to be re-signed by the club it would completely contradict these beliefs.”

A spokeswoman for Ennis said she would not be making a statement in respect of the threats on Twitter.

This is the second high-profile shaming of the club, when earlier this week Sky Sports presenter Charlie Webster stepped down as a patron for Sheffield United.

Speaking about her decision to remove her support from Sheffield United, Webster said:

“At no point have Sheffield United acknowledged the extremity of his crime. My decision is made on the fact that I don’t believe a convicted rapist, as in Ched Evans, should go back to a club that I am patron of and should go back into the community to represent the community. He’s not just going into a job, he’s bandied as a role model.

“We cheer him on as a role model and he’s influencing the next generation of young men who are currently still making their decisions on how to treat women and what sexual mutual consent is.”

popular
Lidl closing early this weekend to thank staff for hard work
Tributes paid to Limerick based blogger and model Patrick McLoughney
Squid Game fans spot massive clue in Tug of War game
Here Are The Top 20 Most Common Pin Codes in The World
The First Quadrillionaire? Paypal Accidentally Gives Man $92 Quadrillion
Someone has ranked the penis size of men from all over the world
This TikTok hack shows you how to pack more despite baggage allowance
You may also like
2 years ago
Turns out, this colour of wine gives you the WORST hangover
5 years ago
Gwen Stefani Receives Massive Backlash After "Insulting" April Fools' Prank
5 years ago
Katie Price Names And Shames The Twitter Trolls Bullying Her Son Harvey
5 years ago
Kim Kardashian Blasts "Body-Shaming and Slut-Shaming" In Brilliantly Honest Post
5 years ago
WATCH: Emma Watson Launched HeForShe Arts Week On International Women’s Day
1 week ago
Stacey Solomon looking for baby name inspiration after welcoming daughter
Next Page