Bob Geldof has said Adele refused to get involved in the recording of the Band Aid 30 single.

Geldof told The Sun: "Adele is doing nothing, she's not answering the phone. She doesn't want to be bothered by anyone... She's bringing up a family you know. Some people just don't think they can't make any impact by coming along".

A representative for Adele said: "Bob and the organisers spoke directly with her management but at no point was she confirmed. Adele is supporting Oxfam's Ebola Appeal with a donation".

END_OF_DOCUMENT_TOKEN_TO_BE_REPLACED 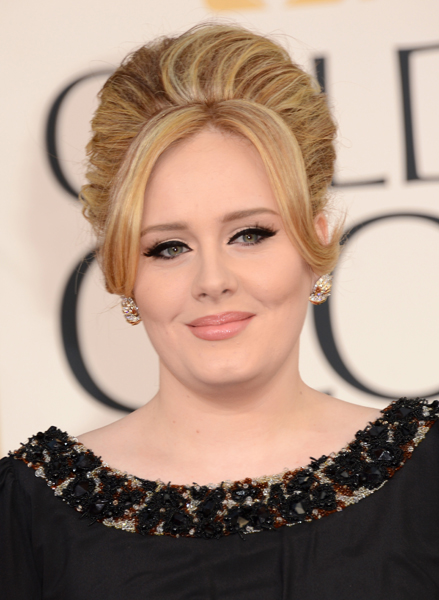 Adele didn't get involved with the Band Aid 30 recording

The Band Aid 30 version of Do They Know It's Christmas? was recorded in London yesterday with a host of famous faces lending their vocals to the good cause.

Bono, Ed Sheeran, Sinead O'Connor, the One Direction boys, Ellie Goulding, Jessie J, Emeli Sandé, Chris Martin and Sam Smith were just some of the stars who got involved.

As can be seen by the below tweet, some of the song's lyrics have been changed in light of the Ebola crisis.

Do They Know It's Christmas by Band Aid 30 will be available to buy on iTunes from 8am tomorrow morning.

popular
Wagatha Christie: Rebekah Vardy storms out of court just 30 minutes into final day
Claire Byrne Live viewers in shock as woman shares family DNA secret
Helen McCrory's children give heartbreaking tributes at her memorial service
Only a matter of time before monkeypox spreads to Ireland, says expert
Ashley Graham says she nearly died while giving birth to her twin boys
Everything we know about Love Island 2022 so far
Dog owners warned about the "big stretch"
You may also like
3 years ago
Turns out, this colour of wine gives you the WORST hangover
6 years ago
Pretty Little Liars actor Brandon Jones could be facing over five years in prison
6 years ago
Gwen Stefani Receives Massive Backlash After "Insulting" April Fools' Prank
6 years ago
Katie Price Names And Shames The Twitter Trolls Bullying Her Son Harvey
6 years ago
Kim Kardashian Blasts "Body-Shaming and Slut-Shaming" In Brilliantly Honest Post
6 years ago
WATCH: Emma Watson Launched HeForShe Arts Week On International Women’s Day
Next Page