"We had a baby last night:" Alec and Hilaria Baldwin announce birth of their son

Alec and Hilaria Baldwin have announced the birth of their new baby son.

Hilaria posted a photo of the new parents to her Instagram account earlier today, confirming the happy news.

We had a baby last night. He is perfect and we couldn’t be happier 🌟. Stay tuned for a name🤍

Along with the beautiful family photograph, Hilaria wrote a short caption, teasing her son's name.

"We had a baby last night," she wrote. "He is perfect and we couldn’t be happier . Stay tuned for a name"

The 36-year-old has four other children with husband Alec whom she married in 2012, including daughter Carmen and sons Rafael, Leonardo and Romeo.

The birth comes after the couple suffered a tragic miscarriage late last year. Hilaria said she was "devastated" to lose her child at four months, just a short time after losing another child in April 2019. 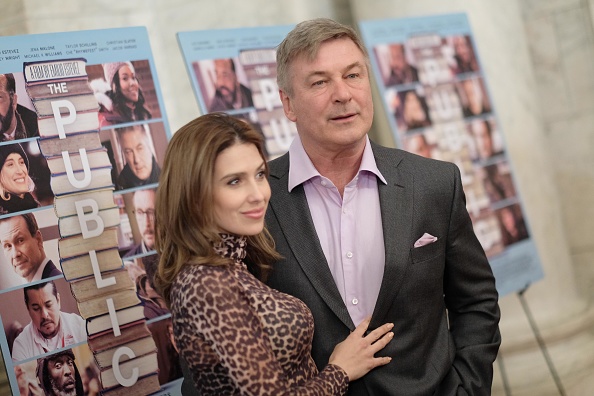 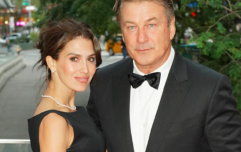 'I’ll let the baby do the talking': Hilaria Baldwin reveals that she is pregnant

END_OF_DOCUMENT_TOKEN_TO_BE_REPLACED

"We also want you to know that even though we are not ok right now, we will be," said Hilaria at the time.

"We are so lucky with our 4 healthy babies—and we will never lose sight of this (...) We will try very hard to give her a little sister another time. I’m really devastated right now...

"I was not expecting this when I went to my scan today. I don’t know what else to say...I’m still in shock and don’t have this all quite clear. "

popular
'Beard-baiting' is now apparently a dating trend - and we're all for it
Curtain bangs are trending - here's everything you need to know
QUIZ: How well do you really remember the first episode of Sabrina The Teenage Witch?
Someone has ranked the penis size of men from all over the world
Will there be a second season of Gilmore Girls: A Year In The Life? Here's what we know
Why Are Men so Obsessed With Boobs? The Answer is Pretty Surprising...
Eight Of The Best Films And Documentaries On 9/11
You may also like
9 months ago
An all-female version of Fight Club is coming out in 2020, and we're intrigued
10 months ago
'We are not OK right now' Hilaria Baldwin suffers second miscarriage at four months
1 year ago
Alec and Hilaria Baldwin are expecting another child together
1 year ago
'I am most likely experiencing a miscarriage.' Hilaria Baldwin shares a heartbreaking instagram
2 years ago
Alec Baldwin has confirmed that Justin and Hailey are married
2 years ago
Alec and Hilaria Baldwin did a pretty sweet gender reveal yesterday
Next Page