Back Together? Bradley Cooper and Suki Waterhouse Spotted at Glastonbury

It looks like love may have been in the air at Glastonbury, as exes Bradley Cooper and Suki Waterhouse were seen looking loved-up once more.

The former couple split in March of this year after more than two years together, but there was no awkward encounter when the actor and model crossed paths at one of the biggest festivals of the year. 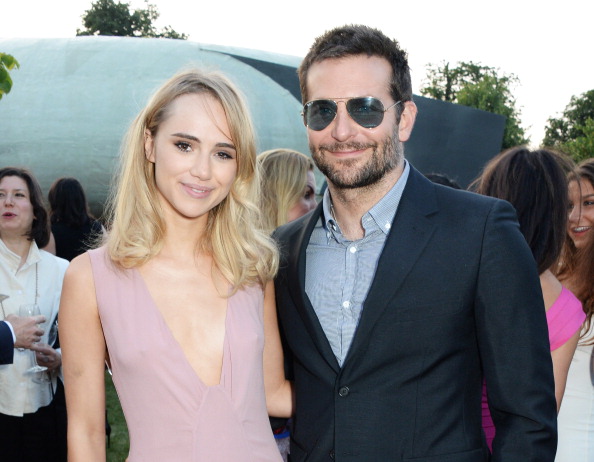 END_OF_DOCUMENT_TOKEN_TO_BE_REPLACED

The way they were: Suki and Bradley attend The Serpentine Gallery Summer Party, July 2014

Onlookers at the UK music event reported seeing the pair "dancing the night away" on the Friday night of the festival.

When asked about the reconciliation, American Sniper star Bradley told The Mail on Sunday: "I wouldn’t say we’re back together."

Suki, 23, and Bradley, 40, were also spotted at Coachella in April.

While the model kept a relatively low profile across the weekend, Bradley was spotted out and about by lots of excited fans.

Just chillin in Glasto having breaky with Bradley Cooper pic.twitter.com/yA1zn3KevK

Me and Bradley cooper watching mark Ronson together x pic.twitter.com/AAr4987m9l

popular
Love Island’s Afia explains why Gemma’s dad has not been mentioned on show
Two dumped islanders have confessed their feelings for each other since leaving the villa
Love Island fans concerned over "bullying" of Ekin-Su
PSA: Casa Amor is happening - and soon
Shaughna Phillips brands Love Island heart rate challenge "fixed" and "vile"
Love Island fans are in shock after new boy Charlie revealed his age
Outrage as woman says doctor told her to "be quiet" during labour
You may also like
3 years ago
Turns out, this colour of wine gives you the WORST hangover
6 years ago
Gwen Stefani Receives Massive Backlash After "Insulting" April Fools' Prank
6 years ago
Katie Price Names And Shames The Twitter Trolls Bullying Her Son Harvey
6 years ago
Kim Kardashian Blasts "Body-Shaming and Slut-Shaming" In Brilliantly Honest Post
6 years ago
WATCH: Emma Watson Launched HeForShe Arts Week On International Women’s Day
6 years ago
Kylie Minogue Just Served Kylie Jenner With Some Scathing Home Truths
Next Page