This BBC newsreader's reaction to Pippa Middleton giving birth is the source of great hilarity this evening.

Earlier today, it was announced that Pippa Middleton and James Matthews had welcomed their first child, a baby boy.

BBC newsreader Simon McCoy delivered the news that Pippa had given birth, and wait for it because his pause is quite possibly the best bit, to a 'baby'. 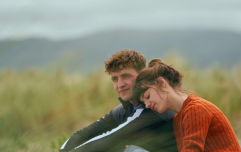 END_OF_DOCUMENT_TOKEN_TO_BE_REPLACED

In fact, he can't quite get his head around the fact that she's given birth to a baby and gets a fit of the giggles which makes the clip even funnier.

It seems that with yesterday's announcement that there is another royal baby on the way and more baby news today, James couldn't fathom the latest information at all and we can't help but empathise with his efforts to control his laughter.

Check it out for yourself below and of course, people had to take to social media to share their thoughts.

Simon McCoy announcing that Pippa Middleton has given birth is all kinds of hilarious... pic.twitter.com/cjYtO6jo2c

oh my god @BBCSimonMcCoy just announced that Pippa Middleton had given birth and it was PEAK SIMON MCCOY pic.twitter.com/1LSotCJpQV

Got to love Simon McCoy. The fact that he clearly doesn't give a fuck about most of the things he has to report is a joy. lol https://t.co/mPew3rbnXV

It's scientifically proven than royal family news is only bearable when delivered by Simon McCoy https://t.co/2xKx8ddaKm

This isn't the first time Simon's coverage of the royal family has resulted in multiple lols as the very same thing happened after the birth of Prince George in 2013.

It seems like a fitting time to revisit BBC’s Simon McCoy's coverage of the birth of Prince George #royalbaby https://t.co/ueK5LJVIgf

Girls With Goals || Her · Ep.160: The Beauty Of Coaching - Hayley Harrison joins us from Sport Ireland
popular
Zoos, heritage parks, & nature walks: Here's what's opening on April 26
TikTok Trend: What is laundry stripping and does it work?
M&S just launched the designer collaboration of dreams – with the ONE dress everyone needs
Starbucks has a bubblegum-flavoured frappuccino on their menu – but you need to hurry
Rosacea awareness month: 3 skincare products many rosacea sufferers swear by
Jennifer Aniston is reportedly pregnant with her first baby
Kate Middleton has addressed the rumours that she's pregnant with her fourth child
You may also like
5 days ago
BBC renews Call The Midwife for three more seasons
1 week ago
A new drama about abortion in Northern Ireland is coming to BBC soon
3 weeks ago
The best theories and responses to Line of Duty Series 6 Episode 1
1 month ago
Louis Theroux announces new Tiger King documentary
2 months ago
Christine and Paddy McGuinness to shoot documentary about raising 3 children with autism
4 months ago
Mrs Brown's Boys to continue until at least 2026, Brendan O'Carroll confirms
Next Page