"The crazy thing is I’m a size eight."

Anyone who watched Love Island could clearly see that there's never been a whole lot of diversity on the show when it comes to body shapes.

Contestants wear swimming togs for the majority of the time on the show and typically show off figures that don't reflect what most of us watching at home look like.

Alexandra Cane, who many watching at home praised as the 'curviest' Islander this year, has admitted that she was "shocked" at how she was seen.

She told The Sun that her figure fell far short of 'breaking the barrier' in terms of body types.

END_OF_DOCUMENT_TOKEN_TO_BE_REPLACED

"It is great I was relatable to so many girls and they saw me as a normal shape," she said.

“But the crazy thing is I’m a size eight so for that to be curvy – the barrier wasn’t broken.

"Bigger sizes clearly weren’t accepted, for me as a size eight to go into the villa and be the biggest girl, that is quite shocking to me. I’m still glad I could do it for the ladies.”

She's not the only Love Island contestant to speak out on the show's narrow body image standards - the show's winner Jack Fincham has said he struggled before taking part in this year's series. 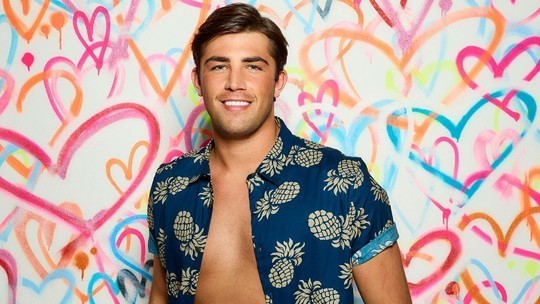 END_OF_DOCUMENT_TOKEN_TO_BE_REPLACED

"Before I went in, I’ve seen the show so many times before and I just thought I know I’m going to walk around this corner and there’s just going to be abs and biceps everywhere,” he said on Good Morning Britain.

“Just before I went in I was a bit like, ‘I can’t do it, I can’t do it’. Then I thought do you know what, this is a big opportunity, just go for it and use your personality, so I just went in, I went in.

“But I was so body conscious going in there at the start, and then as it went on I was being more free with my body.”

popular
Lauren Goodger assaulted and taken to hospital after baby girl's funeral
Barry Keoghan and girlfriend Alyson welcome their first child together
Luca and Gemma left the Love Island reunion early after row
Everything we know about the Love Island reunion
These baby names are set to be popular in 2030 (so maybe get in there now!)
Are You The One? UK's Thérèse Mullaghan opens up on the reason she went on the show
Tasha's dad responds to Jacques' Instagram video
You may also like
2 days ago
Two new cast members join Selling Sunset cast
3 weeks ago
Girl in the Picture: Netflix's new true crime documentary is absolutely terrifying
3 weeks ago
Gogglebox Ireland are looking for men to join the new season
3 weeks ago
WATCH: The trailer for The Handmaid's Tale season 5 is here
1 month ago
Hang on, is Boris Johnson entering the Love Island villa tonight?
1 month ago
NOW announces large price reduction to its monthly membership
Next Page