Bill Cosby’s star on the Hollywood Walk of Fame has been vandalised this week following recent allegations that have been made against the actor.

The word “rapist” has been written all over the actor’s star on the famous walk way in Hollywood, California and comes in the wake of a series of rape allegations made against him.

The Hollywood Chamber of Commerce have since issued a statement about the incident: “The Hollywood Walk of Fame is an institution celebrating the positive contributions of the inductees. When people are unhappy with one of our honorees, we would hope that they would project their anger in more positive ways then to vandalize a California State landmark. The star is being cleaned up at this time.” 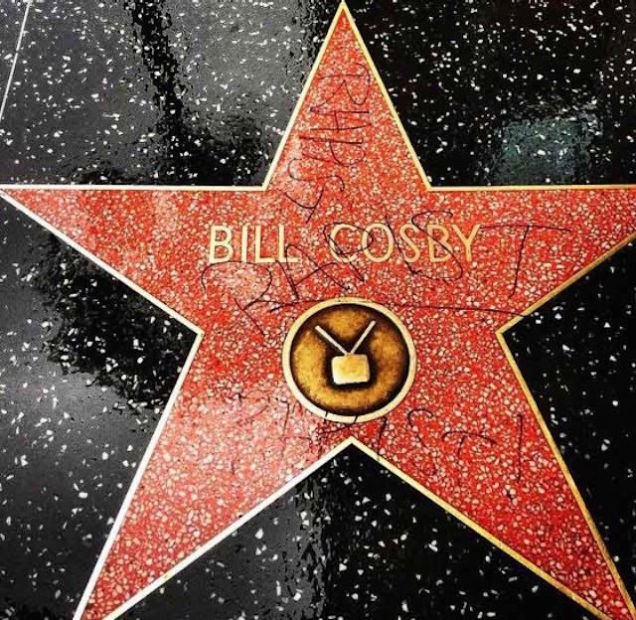 popular
Wagatha Christie: Rebekah Vardy storms out of court just 30 minutes into final day
Fashion house Dolce & Gabbana is 'sponsoring' Kourtney and Travis' Italian wedding
James Arthur says his relationship with this celeb made him a sex addict
Rebel Wilson claims male co-star sexually harrassed her
Why Are Men so Obsessed With Boobs? The Answer is Pretty Surprising...
'She was always in awe of celebrity' – Rebekah Vardy's ex-husband speaks out
Someone has ranked the penis size of men from all over the world
You may also like
6 years ago
IN PICTURES: Electric Picnic Day One
7 years ago
In Pictures: Red Carpet Style at the Billboard Music Awards
7 years ago
Can You Name These 10 Famous Faces from Their School Photos?
7 years ago
In Pictures: Dakota Fanning's Years On Screen
7 years ago
In Pictures: Red Carpet Arrivals at the 2015 Academy Awards
7 years ago
PICTURE: Ryan Tubridy As You Have Never Seen Him Before
Next Page