Billy Ray Cyrus revealed earlier this week that he was newly engaged to Fire Rose, following his divorce from wife Tish Cyrus earlier this year.

Posting a series of photos with his new partner, it was later revealed that the two met years ago and it was on the set of Billy's daughter's show Hannah Montana. 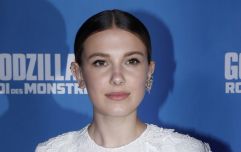 END_OF_DOCUMENT_TOKEN_TO_BE_REPLACED

Billy also starred in the hit Disney Channel series playing Miley's on-screen dad as she doubles as a top singer but leads a regular life at home.

Replicating their own lives, the show ran from 2006 to 2011, with Billy starring in the show's entire run.

Over 10 years since it ended, Billy was married to Miley's mum Tish, and the two had been married since 1993 until their divorce five months ago. 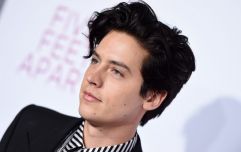 END_OF_DOCUMENT_TOKEN_TO_BE_REPLACED

The 61 year old is definitely moving on as he sparked up the romance with musician Fire Rose, and the two have been collaborating on a lot of new music.

While their budding romance seems to be fresh, it turns out they initially met on the set of the show all those years ago, when Fire Rose couldn't have been older than 12.

Paying tribute to her new beau on Live With Kelly and Ryan, she said: "We actually met 10 years ago on the set of Hannah Montana... And Billy Ray's been a phenomenal supporter of my music ever since.

"He's just really believed in me and continued to tell me to pursue my dreams no matter what and not give up." 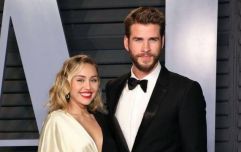 END_OF_DOCUMENT_TOKEN_TO_BE_REPLACED

Since her parents' split, Miley has been noted to have become much closer to her mum and distanced herself from her father.

According to E! News, Miley said there is a "strain on her relationship" with Billy and she doesn't really know his new partner but "hopes he is happy" and hopes they can "eventually work on their relationship."

popular
He may be a politician, but Leo Varadkar's personal life is none of our business
Fans are feeling seriously sorry for Molly Mae Hague after resurfaced interview
Kelsey Parker: "People think I should be walking around wearing my black veil"
"I slept with your fella": Vogue speaks out about ex's cheating
Parents told to stop buying selection boxes for kids- here's why
Woman hit by rollercoaster wakes from coma after two months
Dundalk restaurant offer free Christmas dinner to those in need for third year running
You may also like
1 year ago
Miley Cyrus wants to educate DaBaby after homophobic remarks
2 years ago
Miley Cyrus and Liam Hemsworth are officially divorced
2 years ago
Cody Simpson has denied cheating on Miley Cyrus
2 years ago
Miley Cyrus shares inspiring message to people feeling low at Christmas time
2 years ago
'Always down to try' Miley Cyrus is cracking jokes about her divorce from Liam Hemsworth
3 years ago
Miley Cyrus has a dramatic new hairstyle and it's all thanks to her mum Tish
Next Page