Blac Chyna gets into a scrap at a theme park... and uses her child's toy as a weapon

Look, we've all had our moments - but footage of Blac Chyna using her daughter's ride-on push toy as a weapon at a theme park in California is pretty OTT.

Witnesses to the incident have been sharing the resulting video on their social accounts - some of which shows Chyna breaking away from her security guard while she grabs on to the pink and purple toy, whipping it around to try and attack someone with it.

Blac Chyna out here fighting with a stroller at Six Flags because they said her man wasn’t old enough to ride the ride ??‍♂️ pic.twitter.com/1BF5ghGEMM 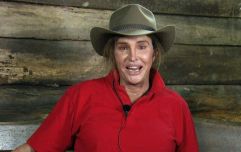 END_OF_DOCUMENT_TOKEN_TO_BE_REPLACED

On Monday, TMZ reported: "Chyna was at Six Flags Magic Mountain just outside L.A. Sunday, and you can tell from the video, she's pissed."

However, the 29-year-old says she was just being a good parent and that a stranger had tried to touch her daughter - 16-month old Dream whose father is Rob Kardashian - shortly before she lashed out.

Get the full tea on this foolishness on this week’s show https://t.co/e6IqfZ43jQ pic.twitter.com/DN8yfOURmA

"Being famous is hard enough dealing with scrutiny but when someone feels comfortable to come and touch your child it's a whole other story," she said in a statement. 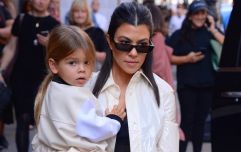 END_OF_DOCUMENT_TOKEN_TO_BE_REPLACED

"I do not condone violence nor am I a violent person but shout out to all of the amazing mothers out there that will protect their children at all cost."

TMZ furthermore states that Chyna was called a 'hood rat' by a passerby and that that really set her off.

The Kardashian group chat is BLOWING up right now pic.twitter.com/E8I9CaD9Hh

popular
Liveline listeners call for RTÉ's new property show to be scrapped
Negative Covid tests will be required to enter Ireland, Cabinet agrees
Father and daughter stabbed to death in London
Doctor accused of making TikToks during surgeries banned from performing them
Pantos can go ahead this Christmas but don't bring the children – Health Minister
14-year-old boy charged with murder of 12-year-old Ava White
Toy Show's sign language interpreter Amanda Coogan hailed a "national treasure"
You may also like
7 months ago
Kim Kardashian reveals new Hulu show will air once KUWTK ends
1 year ago
QUIZ: How well do you remember the first episode of Keeping Up With The Kardashians?
2 years ago
Kris Jenner gets 'tackled' to the ground by Kim Kardashian's security in new trailer for KUWTK
2 years ago
3 months on: Kylie Jenner FINALLY speaks about the Jordyn Woods and Tristan Thompson drama
2 years ago
Twitter is going mad about these 3 photoshop fails on the Kardashian's promo pic
2 years ago
Kourtney Kardashian is apparently dating Travis Barker from Blink 182, and we have questions
Next Page