Eve Hewson is set to star in a new series on Netflix.

Eve, whose dad is U2 singer Bono, has secured a lead role in psychological thriller Behind Her Eyes.

She'll play Adele, the wife of a psychiatrist who has a secret affair with his employee Louise.

END_OF_DOCUMENT_TOKEN_TO_BE_REPLACED

Louise becomes friends with Adele but it's not long before she finds herself embroiled in a web of lies.

The show was adapted from Sarah Pinborogh's bestselling novel of the same name by Steven Lightfoot, who has previously written for Hannibal, Narcos and The Punisher.

Behind Her Eyes is being created by the same team who made The Crown, so we've got high hopes for it. 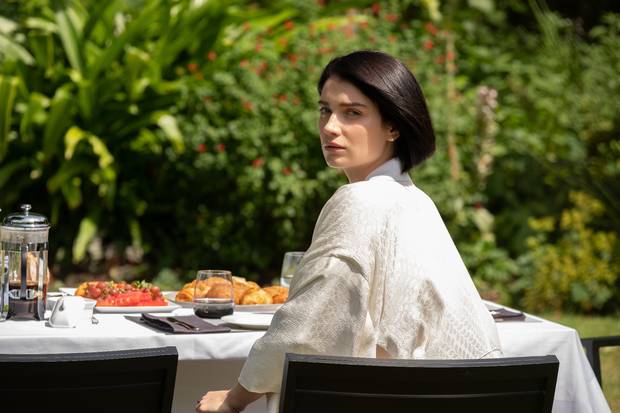 Principal photography on the six-part series has already begun, with filming taking place in London and Scotland. It is set for release in 2020.

It's not her first major TV role. The 28-year-old played nurse Lucy Elkins in Steven Soderbergh series The Knick.

Her film credits include roles in Tom Hanks vehicle Bridge of Spies and in This Must Be The Place opposite Frances McDormand and Sean Penn.

Girls With Goals || Her · Ep.160: The Beauty Of Coaching - Hayley Harrison joins us from Sport Ireland
popular
ASOS is selling moob tubes and we all know someone who'd wear one
Hailey Bieber addresses pregnancy rumours after Thanksgiving photo sent fans wild
Someone has ranked the penis size of men from all over the world
More footage of Tristan Thompson cheating on Khloe has emerged
Man discovers 'fake cupboard' in kitchen is actually a dishwasher
Here's what happens on every day of your menstrual cycle (roughly)
Here's the average age people lose their virginity around the world
You may also like
1 week ago
The full list of all the new shows and movies coming to Netflix in May
2 weeks ago
New RTÉ series goes behind the scenes at the DSPCA and it looks ridiculously adorable
2 weeks ago
Line of Duty fans think trailer reveals Kate's fate
3 weeks ago
BBC renews Call The Midwife for three more seasons
3 weeks ago
QUIZ: How well do you really remember the first episode of Grey's Anatomy?
1 month ago
SpongeBob SquarePants episodes pulled from streaming over 'inappropriate' storylines
Next Page