Boyzone's very own Shane Lynch is set to make an appearance on The Real Housewives Of Cheshire alongside his wife Sheena.

After being announced as the latest star to join, Sheena is fast making a name for herself in the reality TV world. 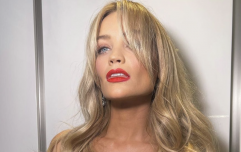 END_OF_DOCUMENT_TOKEN_TO_BE_REPLACED

The couple has been married for 14 years and as she's the newest addition to the cast member for the series, it's a guarantee Shane will be in an episode or two.

The couple will star in the series from episode one, which is set to air on October 11th on ITVBe. 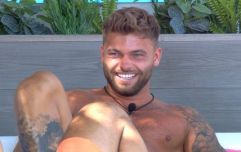 END_OF_DOCUMENT_TOKEN_TO_BE_REPLACED

"I feel so lucky and it is an absolute honour to be joining The Real Housewives Of Cheshire," Sheena said.

"Since lockdown I promised myself I would try to do things that are unlike anything I have done before… and boy this is one hell of a ride."

And taking to her social media, Sheena formally announced the news saying: "Yes it’s true guys, I’m so happy to finally be able to tell you the new series of The Real Housewives Of Cheshire @officialrhoch starts 11th October on @itvbe featuring ya girl! Little old me!!!!

"Would love you to join me for the ride of my life!" 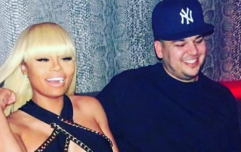 Robert Kardashian & Blac Chyna to get their own TV show

END_OF_DOCUMENT_TOKEN_TO_BE_REPLACED

Sheena is a former singer who did back up for Westlife and Blur, now running a car business in Chesire.

Despite splitting briefly last year, Shane said on Paul Danan’s Morning After podcast in April: "We have had difficult times and are going through difficult times right now in this isolation thing.

"I’m not even in my family home right now because me and her were at each other’s throats.

"It wasn’t a good time or a good space. I’m praying every day me and my wife sort out our things and I get back to my kids."

popular
Bride asks for divorce day after wedding following groom's disrespectful cake stunt
Molly Mae shuts down backlash over her baby girl's name
Expert team end search for Nicola Bulley declaring she’s not in the water
Emma Pattison made distressed call to her sister before murder-suicide
Madonna calls out "ageism and misogyny" following Grammys appearance
Natalie Imbruglia's Torn is actually a cover and the original just isn't the same
Richie Sadlier and wife praise hospital staff after becoming parents
You may also like
3 months ago
ITV has postponed the release of the Big Brother reboot
5 months ago
Jeremy Kyle's security guard Big Steve is now on Drag Race
5 months ago
Hayu is releasing an Emily in Paris themed reality show
6 months ago
A UK version of Are You The One? is coming to our screens
7 months ago
Love Island fans want Ekin-Su's family to get a reality show following Aftersun appearance
1 year ago
John Barrowman will not return to Dancing on Ice panel
Next Page