Bradley Cooper and Irina Shayk have decided to part ways.

The pair who started dating in 2015 have ended their relationship and are now working out how they can share custody of their two-year-old daughter, Lea De Seine.

PEOPLE confirmed the split in the early hours of Friday morning with the pair refusing to give further comment.

"Things are not good. Neither one is happy. The relationship is hanging by a thread." 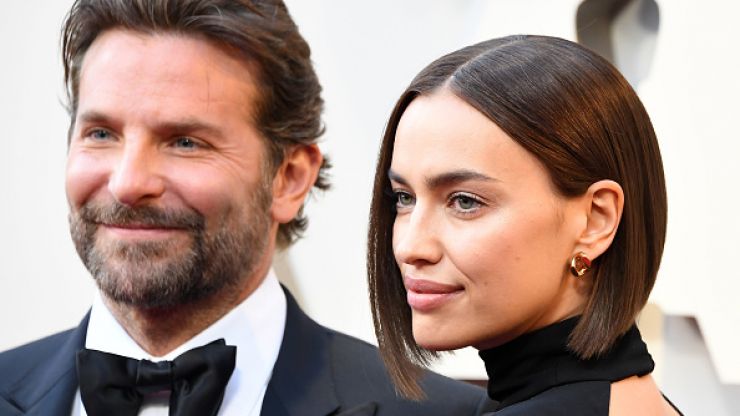 This split follows rumours that Bradley was having an off-screen romance with co-star Lady Gaga during the filming for A Star Is Born.

END_OF_DOCUMENT_TOKEN_TO_BE_REPLACED

Lady Gaga later denied these rumours saying it was nothing more than on-screen chemistry and that Bradley had a vision that she was happy to take part in bringing to life.

Shortly after the film debuted and award season began, Lady Gaga announced her split from Christian Carino. The pair parted ways before the Grammys in February with fans again believing that it was to do with Bradley Cooper.

PEOPLE later confirmed that there was "no dramatic story" and that their separation was mutual.

popular
Kylie Jenner fans are convinced she just announced her son's name
Claire Byrne viewers heartbroken after Des Cahill recalls "parent's worst nightmare"
WATCH: People are losing it over clip of Kendall Jenner trying to climb stairs at Kourtney's wedding
Wagatha Christie: Rebekah Vardy storms out of court just 30 minutes into final day
Bonnie Ryan shares more details from Italian wedding
Official Love Island air date has just been announced
The hottest weekend of the year is only a matter of days away
You may also like
1 day ago
Welsh school closes after boy loses finger following bullying incident
2 days ago
'She was always in awe of celebrity' – Rebekah Vardy's ex-husband speaks out
3 days ago
Spain braces for unheard of heatwave of 'extraordinary intensity'
4 days ago
Sainsbury's evacuated after several people fall ill with breathing problems
5 days ago
Gardaí investigating alleged assault on teenage girl in Sutton
6 days ago
Passengers warned that Dublin Airport situation is simply "unpredictable"
Next Page