Comedian Brendan Grace has been diagnosed with lung cancer

"His family are a great support to him at this difficult time."

Brendan Grace has been diagnosed with lung cancer.

The comedian received the news while he was receiving treatment for pneumonia.

“Brendan Grace has been in hospital for the last four weeks receiving treatment for pneumonia," a spokesperson told The Mirror.

“It has now transpired that he is also suffering from cancer for which he is receiving ongoing care and treatment.

“His family are a great support to him at this difficult time and respect for their privacy would be much appreciated.”

The spokesperson added that Grace has had to cancel his upcoming July and August Irish tour. 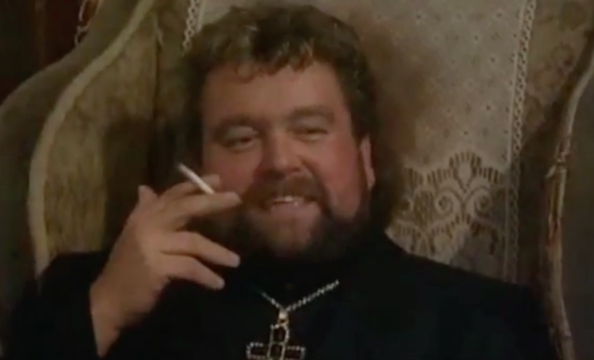 “Brendan is still in hospital and will be remaining there for ongoing treatment," they said. "He is hospitalised in Ireland.”

68-year-old Grace currently lives in the US with wife Eileen, but returns to his native Dublin regularly.

END_OF_DOCUMENT_TOKEN_TO_BE_REPLACED

The comedian spoke candidly of his health issues last year on his documentary for RTE, Brendan Grace: Funny Man.

“Eileen often said to me about the diabetes, that she wished it was her who got it because she would be better able to discipline herself into the right thing to do, whereas I’m inclined to throw caution to the wind."

He added that his wife had always been there for him and that she is his "very best friend."

Grace also suffered a stroke a few years back.

He is currently being treated for lung cancer in hospital in Ireland.

popular
People are freaking out thinking that their star signs have changed
QUIZ: Can you guess the TV series from the intro lyrics?
The trailer for The Deceived has dropped, the new thriller starring Paul Mescal
Will Smith admits to 'failing miserably' in 21-year marriage to Jada Pinkett Smith
"What a force you were": Tributes paid to Glee actor Naya Rivera
YouTuber Hannah Witton on ulcerative colitis, stoma bags, and speaking out
Irish short film 'How To Fall In Love In A Pandemic' long-listed for Oscars 2021
You may also like
12 hours ago
Housing charity calls for extension of moratoriums to protect tenants
6 days ago
H&M to close 170 stores this year due to dropping sales
1 week ago
Aldi donating non-surplus food to food hub service during Covid-19
1 week ago
Dr Tony Holohan to be granted Freedom of the City of Dublin
1 week ago
International travel restrictions due to Covid-19 are expected to be extended until July 20
1 week ago
Stay or go? Here's what the experts are saying about travelling abroad this summer
Next Page