Brian McFadden shares the beautiful name he gave his daughter

Brian McFadden and his partner Danielle Parkinson have shared their newborn daughter's name with fans.

Taking to Instagram, Danielle, a PE teacher, posted a photo of the family's recent appearance on the front of OK! Magazine. 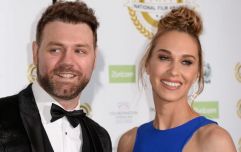 END_OF_DOCUMENT_TOKEN_TO_BE_REPLACED

The couple originally announced their daughter's name in the publication's cover story.

Parkinson then thanked OK! Magazine for "such a wonderful day," and for "capturing such beautiful shots" of baby Ruby.

McFadden, similarly, shared the cover snap with his thousands of followers on Instagram.

The former Westlife singer also thanked OK! for their "lovely photos" of Ruby, and for sharing the family's journey.

In another snap, Brian wrote: "We are obsessed with our Ruby."

A few weeks ago, the couple revealed that they had welcomed their first child together. 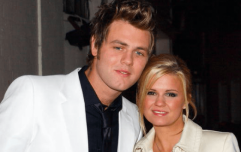 END_OF_DOCUMENT_TOKEN_TO_BE_REPLACED

McFadden captured a picture of Danielle pushing a buggy and posted it to Instagram.

"Mammy, Daddy and baby out for our first walk together," he said in the caption. "It's been the best week of our life."

In January, Parkinson spoke about her experience with pregnancy on an Instagram live video.

"Myself and Brian have been together for four and half years now," she said at the time. "A year into our relationship we decided to start trying for a baby, without thinking too much about it, just the odd ovulation test here and there."

She continued: "After a year and a half, we realised we may need some help. We made an appointment with our doctor to start the IVF process about two years ago.

"We were told all the worst news, given all the worst-case scenarios, but you just have to keep going and trying everything you can."

Girls With Goals || Her · Ep.161: Feeling Peachy - Sharon Keegan of Peachylean on being an absolute BOSS!
popular
Couple who can't agree on child’s name decide to each call her different things
Love Island featuring show's first contestant with a disability
Four day working week pilot scheme launched in Ireland today
This wedding hangover kit is going viral on TikTok
The DIY frozen coffee recipe that's so delicious you'll never pay for an iced latte again
Irish woman tragically drowns in the south of France
Palace source says THIS incident on the tour of Australia upset Meghan's staff
You may also like
1 year ago
Brian McFadden announces engagement to girlfriend Danielle Parkinson
1 year ago
Brian McFadden gushes about his girlfriend Danielle Parkinson on her birthday
2 years ago
Brian McFadden belted out a Westlife song at the Dancing On Ice wrap party
2 years ago
Kerry Katona reveals that Vogue Williams kept her from having a relationship with Brian McFadden
2 years ago
Brian McFadden's new album has sold less than 600 copies since its release
1 week ago
Irish Too Hot To Handle star just got a huge record deal
Next Page