Brie Larson and Samuel L. Jackson singing Ariana Grande is just what we need this Thursday

It's been one of those weeks that just seems to drag on for forever and, really, we didn't think there was anything that could make it better.

That is until we saw Samuel L. Jackson and Brie Larson singing along to Ariana Grande's 7 Rings. 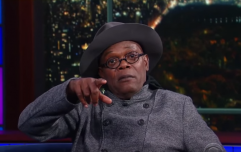 END_OF_DOCUMENT_TOKEN_TO_BE_REPLACED

The Captain Marvel co-stars - the film is out on Friday in Ireland, FYI - will be appearing on James Corden's Carpool Karaoke: The Series this week.

And besides putting their friendship to the ultimate test with a casual polygraph test, the pair also belted out the one song we haven't been able to get out of our heads lately - Ariana Grande's 7 Rings.

They busted out some subtle dance moves as they drove around Los Angeles, too.

However, the preview footage took a bit of a turn when Jackson said he wanted to work on that "bond, and trust" between the two of them.

He picked up a polygraph examiner named John, who gave Larson a lie detector test - before taking one himself.

Fair is fair, after all.

You can check out the full video below. 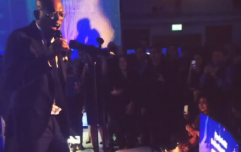 END_OF_DOCUMENT_TOKEN_TO_BE_REPLACED

Captain Marvel, based on the beloved Marvel comic book series, is the first movie in the Marvel Cinematic Universe to feature a stand-alone, , female-franchise title character.

A former officer and Air Force test pilot, Carol Danvers becomes the universe’s most powerful hero when Earth is caught in the middle of a galactic war between two alien races, the Kree and the Skrulls.

Danvers is a maverick and not easily controlled, but through her journey she finds her true self and the path to harness her incredible powers.

popular
Love Island: Mollie's family issue apology following allergy comments
Love Islanders will decide whether to recouple in Casa Amor TONIGHT
Love Island fans think someone has left after Luca arrives back to empty bed
Penneys has a perfect dupe for Charlotte Tilbury's Flawless Filter foundation
Friends creator says they regret not using correct pronouns on the show
Sunny weather set to return tomorrow with highs of 23 degrees
TikTok sued after girls die during 'blackout challenge'
You may also like
5 years ago
A reminder that Samuel L Jackson does the best motherf***ing Olympics commentary
7 years ago
Tonight's Line-Up For The Graham Norton Show Looks Pretty Epic
8 years ago
Jared Leto And Ellen Page Named Sexiest Vegetarians... Because That's A Thing Now Apparently
8 years ago
VIDEO - So It Turns Out Samuel L. Jackson Remembers All Of That Speech From "Pulp Fiction"
8 years ago
That's Gas: The Funniest Picture We've Seen This Week
8 years ago
Pic Of The Day: Samuel L Jackson Is Still Not Laurence Fishburne But He Is A Legend With A Great T-Shirt
Next Page