The star is currently on holiday with her fiancé Sam Asghari.

Britney Spears has addressed her family's role in leaving her in her conservatorship in a post on Instagram.

The singer, who is currently on holiday with her fiancé Sam Asghari, posted picture of a painting on her grid. It shows a woman asleep on a mattress underwater, while another woman swims down towards her. 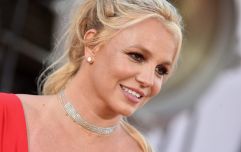 END_OF_DOCUMENT_TOKEN_TO_BE_REPLACED

Britney captioned it, writing: "This picture is everything to me !! It makes me want to cry ... she's saving her divine feminine sister !!!"

She continued: "I suggest if you have a friend that's been in a house that feels really small for four months ... no car ... no phone ... no door for privacy and they have to work around 10 hours a day 7 days a week and give tons of blood weekly with never a day off ... I strongly suggest you go pick up your friend and get them the hell outta there !!

"If you're like my family who says things like "sorry you're in a conservatorship"... probably thinking you're different so they can fuck with you !!!" 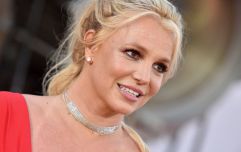 END_OF_DOCUMENT_TOKEN_TO_BE_REPLACED

She ended her post by thanking her attorney, Matthew Rosengart.

"Thankfully I found an amazing attorney Matthew Rosengart who has helped change my life," she wrote.

Britney's message comes just weeks after her father, Jamie Spears, was suspended from his role in her ongoing conservatorship case. 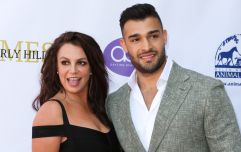 END_OF_DOCUMENT_TOKEN_TO_BE_REPLACED

At a hearing in the Los Angeles Superior Court, Judge Brenda Penny ruled that it would be "untenable" for Jamie to remain in charge of his daughter's personal and financial affairs.

During the hearing, he described Jamie as a "cruel, toxic abusive man".

He said: "She wants him out of her life today rather than a lingering and toxic presence. Britney deserves to wake up tomorrow without her father as her conservator."