Bruce Jenner Involved In Fatal Three-Car Pile Up In LA

Bruce Jenner was involved in a three car pile-up that claimed the life of one motorist in LA earlier today.

The Keeping Up The Kardashians star was travelling on the Pacific Coast Highway in Malibu at around noon when his car collided with two others.

According to TMZ, one person died in the crash and seven others were injured.

Jenner is not believed to have sustained serious injuries in the crash and was pictured walking near the site of the incident earlier today. 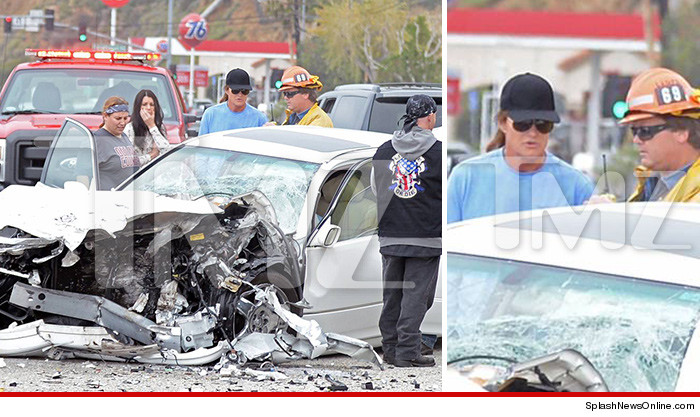 popular
Eoghan McDermott is set to be replaced by another Irish comedian on Love Island Australia
Fashion detox: All you need for the perfect wardrobe is 37 items of clothing
Katie Price's family release statement after her reported arrest for drink-driving
Bride receives bouquet of chicken nuggets from best friend on wedding day
The First Quadrillionaire? Paypal Accidentally Gives Man $92 Quadrillion
Andrew McGinley praised for strength after cruel Twitter comment
Brian Laundrie's family issue statement as search due to be scaled back
You may also like
1 day ago
Riverdale's KJ Apa welcomes his first child with girlfriend
1 day ago
Controlling Britney Spears: New documentary airing in Ireland tonight
1 day ago
Molly Mae Hague reveals she had surgery to remove lump from breast
3 days ago
This simple messy ponytail is everywhere and its effortlessly glam
2 weeks ago
Daniel O'Donnell celebrates welcoming twins to extended family
2 weeks ago
Jennifer Aniston has just launched her own haircare brand
Next Page