Huge congratulations are in order for Call The Midwife star Helen George. The actress revealed this week she is expecting her second child with husband and co-star Jack Ashton.

"Baking number 2. Due in December", she wrote alongside a photo of her cradling her baby bump. The soon-to-be mum-of-two looks as happy as ever in her new Instagram post. 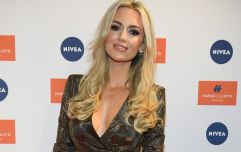 END_OF_DOCUMENT_TOKEN_TO_BE_REPLACED

The actress, who plays the beloved Nurse Trixie, is also a mum to three-year-old Wren Ivy.

Just like her character Trixie, the actress is never afraid to raise awareness about pregnancy and uses her profile to put a stop to timeless debates. In an interview with Radio Times, George urged people to stop shaming women for having C-sections. 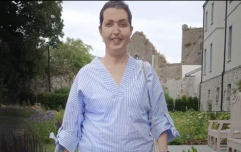 Vicky Phelan gives update after holiday with her close friends

END_OF_DOCUMENT_TOKEN_TO_BE_REPLACED

Following the birth of her baby girl in September 2017, the mum commented:

"Some people may not understand why I elected to have a C-section, but it was right for me at the time.

"It's not because I'm 'too posh to push', it's about what I think my body is capable of. I'm not good with pain, I faint when I stub my toe.

"Not that a C-section is the easy way out. It's a major operation."

The BBC star’s second child will arrive just in time for the Call The Midwife: Christmas Special this winter.