People are convinced that Cara Delevingne and Ashley Benson are ENGAGED

We pray this is true.

So we'd be lying if we said that we weren't obsessed with Cara Delevingne and Ashley Benson.

The couple have been together for about a year, and we spent most of it kind of wondering if they were actually an item. 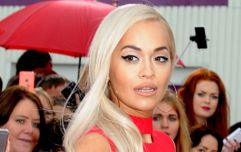 END_OF_DOCUMENT_TOKEN_TO_BE_REPLACED

They kept it all pretty private.

And now, fans are freaking out (ourselves included), with rumours that the pair are set to tie the knot.

WE STAN SO HARD.

During the 4th of July weekend, Ashley and Cara on a gorge holiday in Saint-Tropez. And we're jealous. 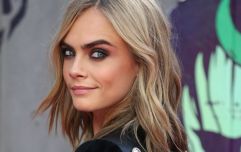 END_OF_DOCUMENT_TOKEN_TO_BE_REPLACED

At the TrevorLIVE Gala last month, Cara was asked why she decided to finally confirm her relationship with Ashley.

"I don't know, because it is Pride. "It's been 50 years since Stonewall  happened and I don't know. It's been just about our one-year anniversary so, why not?"

That evening, Cara accepted an award, and made a point of thanking her girlfriend during her speech.

"I also have another very special woman in this room to thank and you know who you are," she said.

"She's one of the people who help me love myself when I needed it most and I really needed it. She showed me what real love is and how to accept it, which is a lot harder than I thought."

We LOVE these two.

As for whether or not they're actually engaged... we'll have to wait and see.