"Cardi B and Offset giving us life – literally!"

The rapper revealed her pregnancy as she joined her husband on stage for a performance with rap trio Migos, of which he is a member.

Wearing a black, rhinestone-adorned bodysuit with a sheer panel that showed off her baby bump, she took to the stage during a performance of 'Straightenin' and 'Type Sh*t'.

"Cardi B and Offset giving us life – literally," joked actress Taraji P. Henson, who was hosting the awards ceremony. 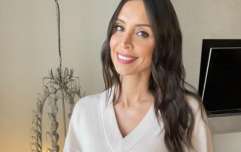 END_OF_DOCUMENT_TOKEN_TO_BE_REPLACED

The Grammy winner is no stranger to performing while pregnant, as she infamously lit up the Coachella 2018 stage during a dance and twerk-filled performance during her first pregnancy. She later gave birth to the couple's first child together, daughter Kulture, in July of the same year. 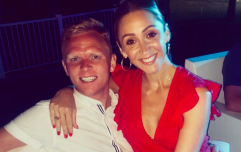 END_OF_DOCUMENT_TOKEN_TO_BE_REPLACED

The pair have been married since 2017 and have had an array of ups and downs, including a divorce filing last year.

Yet they reconciled by the end of the year and enjoyed a romantic holiday together for Valentine's Day.