Caroline Flack's engagement is BACK on, and we're confused

I cannot keep up with Caroline Flack and Andrew Brady's romance.

One minute the pair are engaged, the next they've called it quits.

And after a number of romance rumours surrounding Caroline and another man... it would seem as though the original engagement is back on.

Yesterday, the lovely Caroline was spotted at a store-opening, wearing her stunning engagement ring. 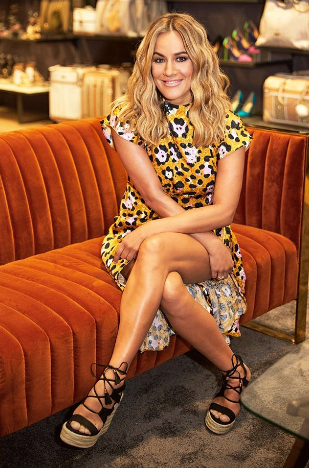 "It's obviously only at an early stage but things have improved a lot since they split," a source close to Caroline told the Sun.

"Caroline is now wearing her ring again - although to keep thing a bit low-key she has decided to put it on her other hand."

"He's been back at the house they previously shared and they're slowly working through things."

"Nothing is set in stone, but it looks as though things are getting back on track."

Last week it was rumoured that the pair had split as a result of cheating.

It also blew up between the couple when Andrew was said to be in talks to appear on Celebs Go Dating.

Here's hoping they work things out!

popular
Shawn Mendes (24) is reportedly dating Dr Jocelyne Miranda (50)
Brighten up your Christmas with these affordable festive lights, coming to Lidl next week
3 simple tips to get your nails in shape ahead of Christmas
Why Are Men so Obsessed With Boobs? The Answer is Pretty Surprising...
Irish wellness brand cancel Cork pop-up following explosion on ship full of stock
Apparently this is the best date to put up your Christmas tree
Phoebe Bridgers says Christmas in Maynooth is like a "rom-com"
You may also like
7 months ago
Music festival in honour of Caroline Flack to take place this summer
9 months ago
Laura Whitmore pays tribute to Caroline Flack on two-year anniversary of death
9 months ago
Police to reinvestigate Caroline Flack case after mother's complaint
11 months ago
Caroline Flack's mum slams fake grief after her daughter's death
1 year ago
Tributes pour in for Caroline Flack on the late star's birthday
1 year ago
Fans praise "unbelievably brave" Caroline Flack documentary
Next Page