Chance the Rapper has revealed he has a cameo in The Lion King - and it sounds absolutely adorable.

The live action adaptation of the Disney classic is due to hit cinema screens next week, with an absolutely incredible star-studded cast.

Following the US premiere of the film earlier this week, the rapper took to Instagram to reveal he had secretly been a part of the recording process - and that ended up leading to a role in the film itself.

"I grew up my whole life obsessed with all things related to The Lion King; like all three films, the Timon and Pumbaa tv show, the broadway play and especially the broadway soundtrack. Needless to say the original film was immensely impactful on my music and overall life.

"For about a year I would go to [The Lion King] studio and see early animations, scenes, music direction or assemblies and they’d always be out of this world amazing.

"One day I’m there Jon [Favreau] asked me to do some singing stuff, another day he asks me to do some lines. Its all a blur, but I’ll tell u its one of the best blurs of my whole life."

He also included a screenshot of the closing credits, which showed that he plays a bush baby in the remake.

And in case you're wondering what exactly a bush baby is, they're a nocturnal primate native to Africa - and have really, really remarkable jumping abilities. 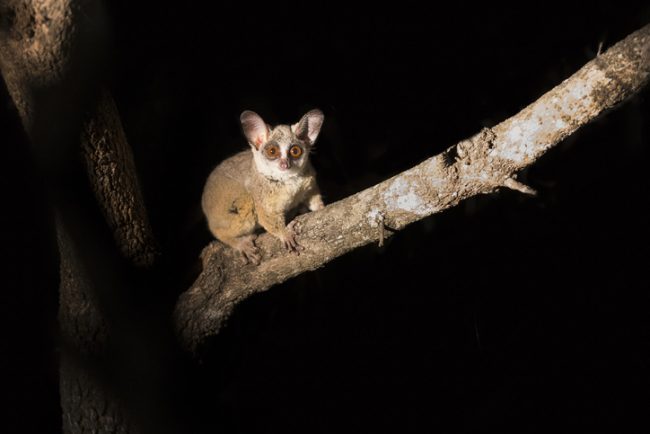 Girls With Goals || Her · Ep.151: 'A Story Shared' - Aoife P. Rafter on blogging during a pandemic and living with CF
popular
"I don’t know where I’d be without her:" Paul Mescal chats new girlfriend in candid new interview
Zoe Alexander Says X Factor Made Her Look Like a 'Fool'
Ex-housemate has no sympathy for I'm A Celeb's Jordan North - because he let her gerbil die
QUIZ: Can you guess the TV show from the kitchen?
New image based sexual abuse laws to carry prison sentence of up to seven years
Jade Thirlwall: "Little Mix will literally never die"
Singing crowds gather on Grafton Street amid Level 5 restrictions
You may also like
1 year ago
Elton John thinks the remake of The Lion King was a huge disappointment
1 year ago
Don't panic but there's another Beyoncé documentary on the way
1 year ago
This lion cub was the inspiration for baby Simba in The Lion King
1 year ago
The Lion King 1½ is probably the best film you never watched
1 year ago
13 things about The Lion King that you (probably) didn't know
1 year ago
How to watch the original Lion King movie before the remake comes out
Next Page