According to reports, Channing Tatum and Jessie J have split for the second time.

The celebrity couple first split back in January and reunited a month later but their most recent breakup is thought to be for good.

A source close to the pair said it was an amicable split and that "they cared enough" to give things a second go.

Speaking with People, the insider said:

"They cared enough about each other to try again but realized it was better to move on".

Their initial split was said to be down to difficulties with long-distance dating as the pair have work commitments in different countries.

With Jessie based in London and Channing spending a lot of time in Los Angeles to see his daughter Everly and adhere to work commitments, distance proved a problem and caused them to call time on their relationship for a period.

According to E! News, these "same issues" were still cropping up and although they love and care for each other, it just wasn't to be. 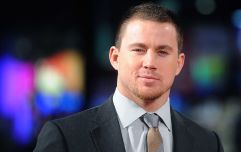 END_OF_DOCUMENT_TOKEN_TO_BE_REPLACED

Neither Channing or Jessie have made a public comment on the split as of yet.

They first started dating in October 2018 and split a year later. They got back together in January 2020 and the split is thought to have happened recently.

Channing was previously married to actress Jenna Dewan, with whom he has a six-year-old daughter. Before starting a relationship with the Magic Mike actor, Jessie J was romantically linked to Luke James and Kenny Hamilton.