Jessie J and Channing Tatum have taken a big step forward in their relationship.

The couple have moved in together in Suffolk after almost a year of dating.

Jessie and Channing are now living in a mansion in the country town of Bury St Edmunds and commuting to London where they both work - she's a coach on The Voice Kids and he is promoting his Magic Mike live show.

Channing will keep travelling back and forth to the US where his daughter Everly is based.

"They still spend a lot of time in America, but when they’re in the UK they find London quite intense so enjoy the peace and tranquillity of the countryside," a source told The Sun.

“The property they’ve been using suits them down to the ground as it’s not too far from London, but it’s really relaxing and away from all the noise so they can spend quality time together.” 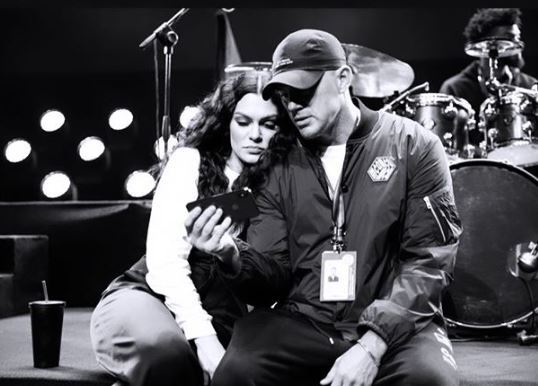 Fans eager to see the couple's home life might be waiting a while as Channing announced this week that he was taking a break from social media.

In a farewell post on Instagram he said that he wanted to feel inspired and creative again.

“I’m gonna go and be just in the real world for a while and off my phone. I’ll probably come back at some point," he told his 17.4 million followers.

“But if I do I want to have a direction or a clear point of view of why I’m on here and what I’m putting out there.”