Before Steve Kazee, Jenna Dewan was married to Channing Tatum for nine years.

The pair who announced their split last year admitted in a statement that "love is a beautiful adventure that is taking us on different paths for now."

First meeting in 2006 while filming Step Up, the pair became an item shortly after, bringing their daughter, Everly into the world in 2013. 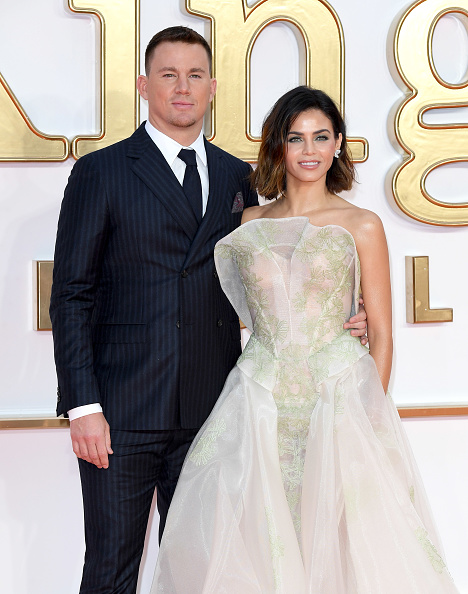 And now, as both Jenna and Channing have moved on with separate partners, Jenna has announced some big news with Steve.

"@stevekazee you are a gift from above and i couldn’t be more excited to be expanding our family together...!" the actress wrote on Instagram as she shared a photo alongside Everly and her growing bump.

And as ex Channing Tatum now lives in the UK with his partner and singer, Jessie J, many wondered if the news came as a shock to the Magic Mike star.

But, it turns out he was well aware before the news went public. According to E!, a source said:

“Jenna told Channing that she was pregnant and wanted to make sure he knew before she announced it. He is happy for her and was very supportive.”

Channing has yet to publicly comment on the news but as he and Jenna continue to co-parent Everly we're sure he'll have some part in the life of the new baby too.

popular
Couple decide to live on cruise ship permanently after finding it's cheaper than paying mortgage
Siobhan O'Hagan reveals she's expecting her first child
Bobi the farm dog is the oldest living pooch ever aged 30
Why Are Men so Obsessed With Boobs? The Answer is Pretty Surprising...
Police believe they know what happened to missing dog walker Nicola Bulley
Sad news for the royal family as Princess Beatrice's puppy dies from poisoning
Going on solo holidays is good for mothers, science says
You may also like
1 day ago
These are the most popular names for babies born in February
3 weeks ago
Mum refuses to tell partner gender of their baby after he skipped scan to go to the chippy
1 month ago
Stacey Solomon "had enough" before her surprise fifth pregnancy
1 month ago
Love Island star Montana Brown opens up on her struggle to get pregnant
1 month ago
We finally know when Molly Mae Hague is going to have her baby
2 months ago
Expecting a baby in December? These are the top Christmas-inspired baby names
Next Page