Ladies, we have some pretty exciting news.

It looks like we're getting some new music from the gorgeous Cheryl!

END_OF_DOCUMENT_TOKEN_TO_BE_REPLACED

Back in January, Cheryl opened up about how she was working on new music, and she was hoping to release it "March-ish" time.

Obviously, that didn't happen, but at least now we might have a date.

She posted a snap of herself on Instagram yesterday, and captioned it:

"When she says March-ish but might have meant May ... (if you know you know)."

Fans obviously reacted with excitement (and some slight frustration at the delay!)

"Next single was supposed to be out in March... Looks like it's May when it will be released," wrote one fan. 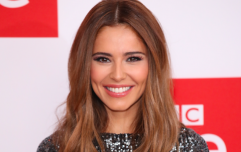 END_OF_DOCUMENT_TOKEN_TO_BE_REPLACED

Another commented: "SO READY FOR IT!"

"Please be the beginning of May! Be great to have a new summer banger to dance to," said another mega fan.

You may or may not recall Cheryl's last comeback, which involved that strange hand-licking fiasco.

Cheryl performed her single on X Factor, and people were less than impressed.

In fact, people were pretty damn mean about the whole thing.

"Surprised Cheryl isn’t miming, but to be honest she’d be better off doing that!" wrote one Twitter user.

"That high note she tried to hit completely cringed me out."

Another said: "Cheryl basically using the production, her moves etc to throw people off her ‘singing’. Should have just lip-synced. Terrible."

Well, we reckon may will be her time to shine!

popular
Parent's Benefit Leave in Ireland is being extended from today - here's what you need to know
Drama series about Maxine Carr and Ian Huntley is filming in Dublin
Love Island's Gemma finally tells villa about dad Michael Owen on TV
Love Island: Danica sets her sights on Andrew as Luca asks Jacques about his relationship with Gemma
10 stunning and affordable outfits that are perfect for a summer wedding
Irish girls name was the most used Irish name in the United States last year
Love Island fans lose it over Indiyah's question about Ireland
You may also like
2 years ago
Cheryl shares adorable photo of her son Bear in a 'winter wonderland'
2 years ago
Liam Payne discusses the 'missing' part from his relationship with Cheryl
2 years ago
Liam and Cheryl continued to pretend they were together for five months after split
2 years ago
Nadine Coyle is going to be on I’m A Celebrity, and Cheryl is worried
2 years ago
Cheryl brought serious nostalgia to her performance at Manchester Pride
2 years ago
Liam Payne has shared an adorable photo of his and Cheryl's son, Bear
Next Page