She said she felt "really moved by the whole thing."

Last night saw the debut of The Greatest Dancer hit our screens. The show is Simon Cowell's latest venture and sees dancers from all different styles giving it their all in the hopes of impressing the audience and making it through to the callback stage.

The innovative voting process sees the power handed over to the audience and if they like what they see, can push a button that will light up a little mirror in front of them. Should the auditionee be successful in getting 75 percent of lights turned on, the backstage area where they are filmed dancing opens up to reveal the live audience and three captains.

These captains have a background in dance and comprise of Otlile Mabuse, a professional dancer on Strictly Come Dancing, Matthew Morrison, a Broadway performer and former actor on Glee and Cheryl who has trained in a variety of dance styles.

END_OF_DOCUMENT_TOKEN_TO_BE_REPLACED

I had no intention of tuning into the show, but it just so happened to be on and I was actually very impressed. There were some really special moments on the show, including when one boy with Down Syndrome gave the standout performance of the night.

Twenty-one-year-old Andrew was born with Down Syndrome and was accompanied to the audition by his mum who said that since discovering dance, it has massively improved his confidence and self-esteem. He kept us entertained before his performance telling his mum:

Even though she said he is quite flat-footed when he walks, jokingly calling him "the plodder", Andrew has a natural rhythm and grace when he performs. And he more than proved that to the audience who voted him through to the next round. 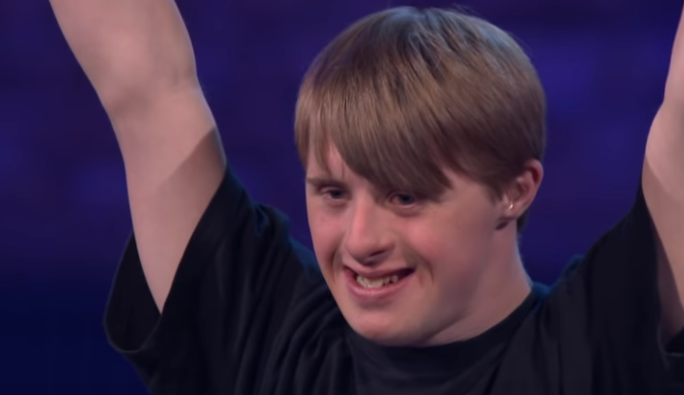 Andrew's freestyle performance wowed the entire crowd, but none more so than Cheryl who became visibly emotional.

"I just feel really moved by the whole thing. That was amazing and to watch you and see your excitement and see how much you thrive from an audience is such a special moment. You should be really proud of yourself."

She continued to say:

"You clearly need to be doing this more because it does something for your soul. You're in your element."

Hosts of the show, Alesha Dixon and Diversity dancer Jordan Banjo, were equally impressed by Andrew's performance and Jordan even brought Andrew's best friend up on stage for a congratulatory hug. 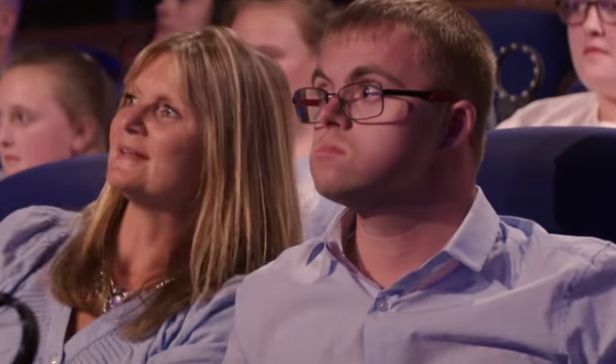 The Greatest Dancer is on BBC One at 8 pm on Saturdays.

popular
Wagatha Christie: Rebekah Vardy storms out of court just 30 minutes into final day
Only a matter of time before monkeypox spreads to Ireland, says expert
Claire Byrne Live viewers in shock as woman shares family DNA secret
Why Are Men so Obsessed With Boobs? The Answer is Pretty Surprising...
Someone has ranked the penis size of men from all over the world
Get Out has officially dropped on Netflix and we know what we're watching tonight
Sainsbury's evacuated after several people fall ill with breathing problems
You may also like
2 years ago
Cheryl shares adorable photo of her son Bear in a 'winter wonderland'
2 years ago
Liam Payne discusses the 'missing' part from his relationship with Cheryl
2 years ago
Liam and Cheryl continued to pretend they were together for five months after split
2 years ago
Nadine Coyle is going to be on I’m A Celebrity, and Cheryl is worried
2 years ago
Cheryl brought serious nostalgia to her performance at Manchester Pride
2 years ago
Liam Payne has shared an adorable photo of his and Cheryl's son, Bear
Next Page