"Keep believing it will come true."

Usually engagement announcements are exciting, but this one isn't your usual engagement.

According to Instagram, Wayne Lineker is apparently "engaged" to Chloe Ferry and people don't know what to think. Is it real? Is it fake? Probably the latter, to be honest. 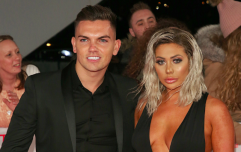 END_OF_DOCUMENT_TOKEN_TO_BE_REPLACED

What we do know is that Lineker posted a pic of himself and Chloe with a huge diamond ring on her finger with the caption: "She said YES! Love you @chloegshore1."

We also know that the pair have struck up a bit of a friendship since starring in the current series of Celebs Go Dating, and most liking having a bit of a lol with their followers. Good for them. What a hoax.

The two are on the most recent series of Celebs Go Dating together, and have been popping up in each other's social channels ever since.

It only makes sense that the next steps in their relationship would be to fake a proposal... right?

One fan commented: "Lol all the people who believe this. You can see they are in the mansion in the background." Another joked, "April fools day isn't for another five weeks guys!" 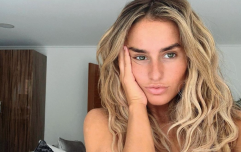 END_OF_DOCUMENT_TOKEN_TO_BE_REPLACED

Wayne is of course famous for being a playboy club owner who only dates women younger than him - wayyy younger than him. In fact he recently revealed on the show that he had never dated a woman older than 30.

The club mogul recently went on a date with businesswoman Carla Jade on the show. Carla is 31 and Wayne was concerned because she is "older than the girls he usually goes for." Right, so. 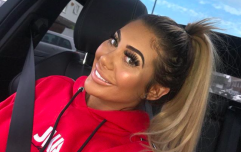 END_OF_DOCUMENT_TOKEN_TO_BE_REPLACED

Wayne was engaged to model Danielle Sandhu, but they broke it off in 2018 and he's been on the scene since. He owns clubs in Ibiza and constantly posts Stories from his life of luxury. The 58 year old has been married twice and divorced the same amount of times.