So, this is where we're at with the Coleen Rooney and Rebekah Vardy saga

So lads, unless you've been living under a literal rock this week, you will have heard of the Coleen Rooney and Rebekah Vardy saga.

Sure didn't it make the actual news... like on the television. So yeah, it's been a big news story.

Anyway we have a lil update for you folks.

Rebekah has opened up to The Mail Online about that infamous phone call with Coleen Rooney.

"It was not an easy phone call. She said to me: 'I'm not pointing the finger' and I said: 'You have just annihilated me in public and hung me out to dry. The whole world hates me!'"

"That would be like arguing with a pigeon. You can tell it that you are right and it is wrong, but it's still going to s*** in your hair." 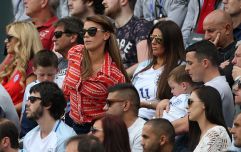 END_OF_DOCUMENT_TOKEN_TO_BE_REPLACED

Nicola McLean also got involved today, slamming Coleen for “outing” her pal Rebekah Vardy and said the WAG is "used to being betrayed".

She told This Morning: “We’ve got a pregnant woman here that should not be subjected to this level of abuse.

"Coleen should know this isn’t acceptable."

"This could have waited. Coleen said it’s been going on for years. Let it wait – be respectful – is this OK to do now?" 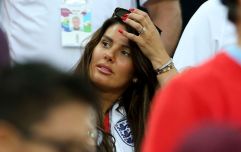 END_OF_DOCUMENT_TOKEN_TO_BE_REPLACED

"She chose to put a pregnant woman under so much stress."

"We don’t know who is right or wrong. We have to show compassion. We’ve got a pregnant woman receiving death threats, and people saying that her unborn baby should die."

So for a recap on the whole thing: BASICALLY, Coleen called out Rebekah Vardy online for selling stories about her to The Sun.

How did she draw the conclusion that Rebekah was behind the leaks? Well, through intense detective work.

She wrote on instagram, in what is being dubbed "the greatest piece of literature of 2019:

"For a few years now someone who I trusted to follow me on my personal Instagram account has been consistently informing The Sun newspaper of my private posts and stories.

"There has been so much information given to them about me, my friends and my family - all without my permission or knowledge.

"After a long time of trying to figure out who it could be, for various reasons, I had a suspicion."

"It's been tough keeping it to myself and not making any comment at all, especially when the stories have been leaked, however I had to. Now I know for certain which account/individual it's come from.

"I have saved and screens hotted all the original stories which clearly show just one person has viewed them."

This has been a burden in my life for a few years now and finally I have got to the bottom of it......

And just like that, an online feud was born - and it's been all go ever since.

Rebekah posted a response to the accusations, denying them obviously - claiming that a number of people have access to her accounts.

Twitter reacted accordingly, with thousands of beautiful memes and gifs.

However, Nicola McLean was not the first celeb to react to the drama - there has been quite a bit of involvement.

Iain tweeted that he was " not a fan" of Rebekah but that he didn't think it was fair for her to be heavily criticised online while heavily pregnant..

Shitty thing and all and most of you know I'm not a fan but struggling to pile on to a pregnant woman. Dunno. Am I being silly?

Can’t believe I’m even having to write this. I’m pregnant & on holiday & am at a loss to why she would do this. I’m now having to take legal advice as I can’t deal with this stress myself when I’m this pregnant.

Next in the lineup of celebs getting involved? The lovely Danielle Lloyd.

Fellow WAG Danielle waded into the row today, telling ITV's This Morning that she wasn't surprised by the story.

"I wasn't shocked, I've had run-ins with Rebekah before over similar things," she said.

"I wasn't shocked when I saw who it allegedly was. I think she did it, I think it's a shame because she never thought it'd get out, but it has."

"I think probably all Coleen wants is a quiet life."

"She must have been sitting there and not knowing who to trust and it's really not a nice situation to be in."

In a statement yesterday denying leaking information, Rebekah said she didn't sell any stories as she didn't "need the money".

Danielle speculated today that Rebekah did it to keep in with journalists.

"I think she thought maybe if she was feeding the press stories she would maybe get more headlines for herself; I honestly don't know."

So yeah, that's the latest on the whole thing.

We're PRAYING Netflix make a series or something about it.

popular
You stars Victoria Pedretti and Dylan Arnold spark romance rumours
Forensic officers continue search for missing 4-year-old Cleo Smith
Someone has ranked the penis size of men from all over the world
Brian Laundrie parents 'to cremate body with no funeral' amid mystery over cause of death
Why Are Men so Obsessed With Boobs? The Answer is Pretty Surprising...
15 signs that prove someone is falling in love with you
The most popular baby names in Ireland have been released in Statistical Yearbook 2021
You may also like
1 year ago
'No reason...' Coleen Rooney responds to Rebekah Vardy's emotive Wagatha Christie interview
1 year ago
Robbie Williams is the latest celeb to have his say on the wag war
1 year ago
The Coleen Rooney and Rebekah Vardy scandal is being turned into a book
2 years ago
Rebekah Vardy posts tribute to husband Jamie after Coleen Rooney drama
2 years ago
Katie Price has weighed in on the Coleen Rooney and Rebekah Vardy drama
2 years ago
'Furious' Jamie Vardy unfollows Wayne Rooney as he fights to prove his wife's innocence
Next Page