You have to hand it to her, she's pretty gas sometimes.

Kim Kardashian's relationship with Kris Humphries back in 2010 gave us some great comedy moments.

There was the constant bickering between them, the ICONIC scene when Kris threw Kim in the water whilst on holidays and she lost her diamond earring and of course, the fact that their marriage only lasted 72 days. 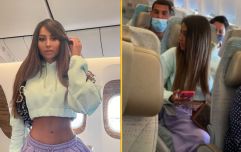 Model poses for Insta photo in business class, is exposed by passengers

END_OF_DOCUMENT_TOKEN_TO_BE_REPLACED

The internet went mad with creative memes suggesting things that lasted longer than their marriage, like a defence against the dark arts teacher at Hogwarts, Taylor Swift's speech before Kanye took the microphone and indeed the phrase "things longer than Kim's marriage". 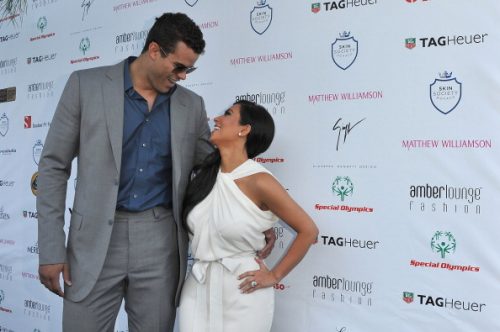 Whether you love or loathe Kim K, you have to hand it to her - she has a great sense of humour and isn't afraid to make fun of herself.

The 38-year-old recently joked about her infamous sex tape, saying she had taken ecstasy before filming it and now she's made a joke about her very brief marriage to Kris Humphries.

I just found this pic of my beautiful grandma MJ at her 1st wedding. It lasted just 2.5 months and her family spent all they had on this wedding. She felt so bad but followed her heart. Kinda sounds familiar lol She’s always taught me to follow my heart and do what I want to do no matter what! I love you MJ (and how much does Kendall look like MJ!!!)

"Just found this pic of my beautiful grandma MJ at her 1st wedding. It lasted just 2.5 months and her  family spent all they had on this wedding. She felt so bad but followed her heart. Kinda sounds familiar lol."

We'll never know why Kim opted to marry Kris Humphries. Was it because his first name began with a 'k' and she wanted to stay on brand? Potentially. Luckily enough she had Kanye insights after her second marriage, so 'krisis' averted!

Girls With Goals || Her · Ep.161: Feeling Peachy - Sharon Keegan of Peachylean on being an absolute BOSS!
popular
Pharmacies to give Covid vaccines from this week
QUIZ: Match the Friends quote with the character who said it
The DIY frozen coffee recipe that's so delicious you'll never pay for an iced latte again
It's official, these are the sunniest counties in Ireland
Enchanted sequel: New pictures from the Enniskerry set as filming gets underway
10 problems every student faces in first year
Author Lucinda Riley's family announces she has died aged 56 after 'secret' cancer battle
You may also like
1 week ago
Model responds to backlash after being exposed for fake business class photo
2 months ago
Khloe Kardashian: “My body, my image and how I choose to look and what I want to share is my choice"
2 months ago
Woman goes viral on TikTok after posting picture of wine glass without noticing reflection
2 months ago
Laura Whitmore replies to "disgusting" Instagram DM, urges people to "think before they send"
2 months ago
Instagram bans adults from messaging users who are under 18
7 months ago
3 things I've done to make my Instagram feed better for my head
Next Page