Congratulations are in order for Crystal Swing's Derek Burke as he welcomes his second child with his wife Claire McAuliffe.

Derek, who rose to fame as part of the trio Crystal Swing with his mother Mary, and sister Dervla, has been keeping a low profile over the past few years as he settles into fatherhood. 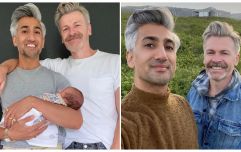 END_OF_DOCUMENT_TOKEN_TO_BE_REPLACED

He told RSVP Live that the latest addition to their family is their newborn daughter Robyn. He added that both mum and baby are doing well.

Robyn will have big brother Ollie to look up to. In fact, there are only 18 months separating the two, so it's safe to say that these parents will have their hands full.

Derek and Claire have been together for eight years. After three years of dating, Derek popped the question, and the couple were married in Cork's Bunratty Castle in 2017. 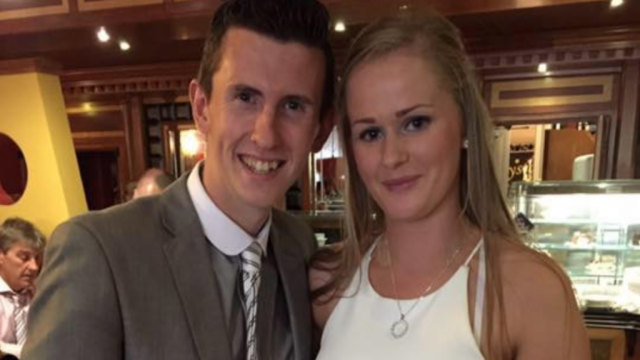 Like her brother, Dervla is also a parent of two.

The singer and her husband, Tim O'Connor have a son, five year-old Paul, and a daughter, three year-old Hannah.

Mum Mary, is, naturally, only delighted to have a fourth grandchild. 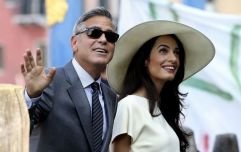 END_OF_DOCUMENT_TOKEN_TO_BE_REPLACED

Crystal Swing shot to viral fame over ten years ago with their cover of Lorrie Morgan and Sammy Kershaw's country hit, "He Drinks Tequila".

After the song's release, everyone wanted a slice of Crystal Swing, and, at one point, Newstalk and RTE jostled over who could nab them first.

The band chose RTE and made their debut on The Late, Late Show.

Fresh off that success, they traveled to the US and even made an appearance on the Ellen Show.

In 2013, they released their album, "The Best of Crystal Swing".

popular
My hair has never been this thick and healthy – and here is what I have been doing differently
The sad reason why viral gymnast, Katelyn Ohashi, isn't on the USA Olympic team
WATCH: WAP sign language interpreter steals the show at festival
Sophie Turner accused of "mocking" Princess Charlotte in new series
The problem with eating disorders in film
Two best friends decide to share Olympic gold medal
Love Island's Sharon spotted 'kissing Chuggs' on night out
You may also like
3 days ago
Boris and Carrie Johnson are expecting baby #2 and reveal miscarriage earlier this year left them 'heartbroken'
4 days ago
It's a girl! Aoife Walsh announces the birth of her daughter
1 month ago
"Another pickle!" Stacey Solomon is expecting her fourth child
1 month ago
Ellie Goulding shows her newborn son to the world in adorable video montage
2 months ago
Pippa O'Connor thanks fans after pregnancy announcement
3 months ago
Queer Eye's Tan France and his husband are expecting their first baby via surrogate
Next Page