"I was asked to pose in nothing but a tea cosy."

Daniel O'Donnell fans should keep an extra eye out for scammers, as the singer is being impersonated online and asking fans for their details.

Many celebrities and influencers have found scams being set up in their names on Instagram and on Facebook. 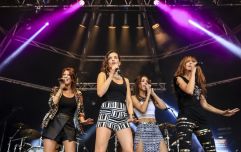 How Well Do You Remember B*Witched?

END_OF_DOCUMENT_TOKEN_TO_BE_REPLACED

Usually the scammers set up a fake account in the name of well known celebrities and start to add fans, asking them to send on information like their names and emails.

Daniel has sent out a warning to his fans on Facebook about the scam, a page which is under the name Daniel-Francis O'Donnell Music.

It has been brought to our attention that another page is circulating impersonating Daniel.
The page is under the name...

Daniel said: "It has been brought to our attention that another page is circulating impersonating Daniel. The page is under the name Daniel Francis O Donnell."

"The page is adding people as a friend and asking them to email them to a particular email address. Please don't add this page or contact this person."

The post goes on to say: "Daniel never sends personal messages on his Facebook page. Please just be aware."

Some fans left comments explaining how they had been asked to transfer money to the account. One Daniel fan, Cathal Loughnane, said: "I have been friends with this other Daniel for quite a while now. I took it as genuine and I thought we had developed quite a bond. Then I was asked to pose in nothing but a tea cosy."

The best thing to do with the types of accounts is, of course, to report them and block them. You can never be too safe when it comes to online scams, even Daniel O'Donnell ones.

Girls With Goals || Her · Ep.160: The Beauty Of Coaching - Hayley Harrison joins us from Sport Ireland
popular
Roz Purcell introduces 4 - 30 sizing for new Hike Life collection
Jockey Lorna Brooke dies aged 37 after racecourse fall
Tayto Park Zoo confirm reopening date this month
Man charged with murder of 24-year-old mother Jennifer Poole
Rosacea awareness month: 3 skincare products many rosacea sufferers swear by
Starbucks has a bubblegum-flavoured frappuccino on their menu – but you need to hurry
Abducted French girl, 8, found in Switzerland five days after disappearance
You may also like
3 months ago
LISTEN: New music from the Wild Youth lads, 'Champagne Butterflies'
7 months ago
Missing gigs and music in general? Have no fear, we're hosting a private video premiere party with Wild Youth
7 months ago
Kylie Minogue, Gary Barlow and The Coronas on the bill as lineup for Concert4Cancer revealed
7 months ago
New Dermot Kennedy music video shows a locked down Dublin "at a standstill"
9 months ago
Dermot Kennedy has released a brand new song about hope
1 year ago
Versatile ready to make history as first Irish hip hop act to play and sell out the 3Arena
Next Page