"So lucky to get to see the girls before tonight's big game... "

David Beckham shared an adorable snap of himself and his daughter, Harper, as the pair cheered on England's Lionesses at the Fifa Women's World Cup. 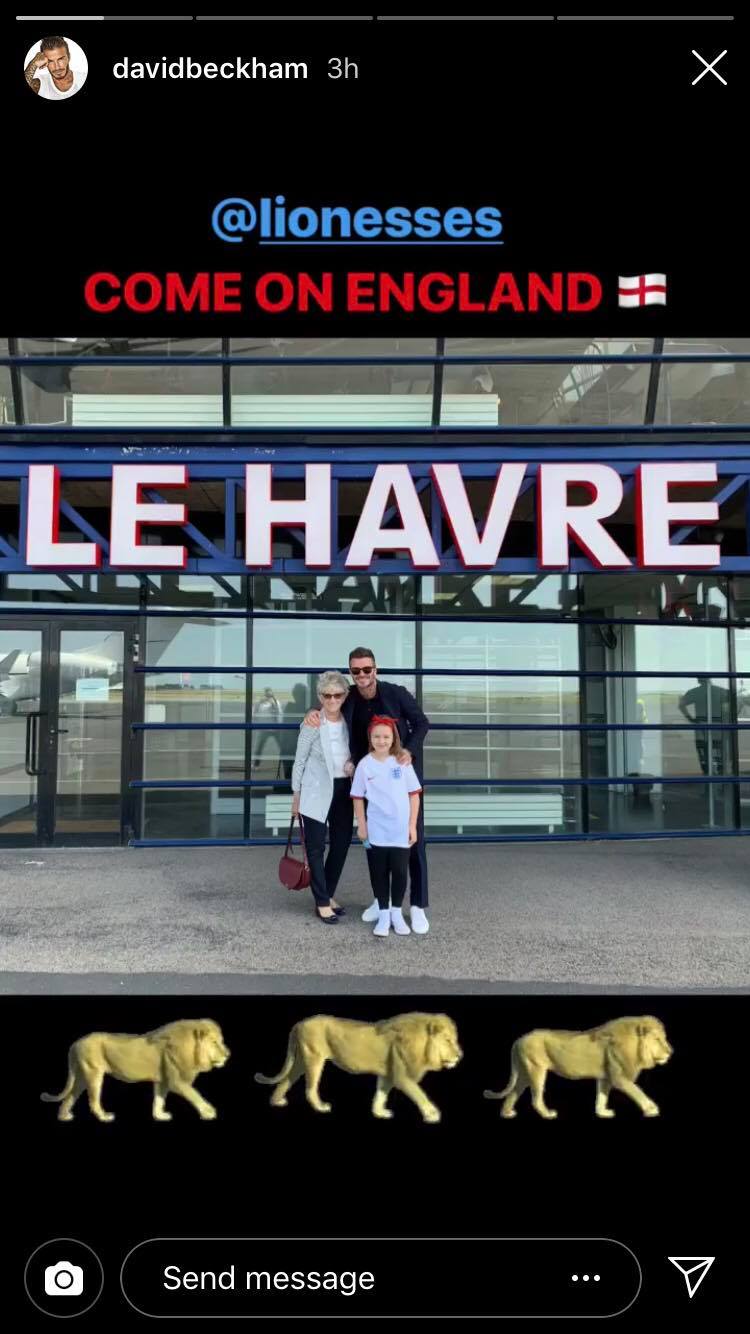 The father-daughter duo even have the chance to meet the team earlier in the day, as the team got ready to take on Norway in Le Havre.

David shared a series of family photos on Instagram, as his mum Sandra joined them at state Oceane. 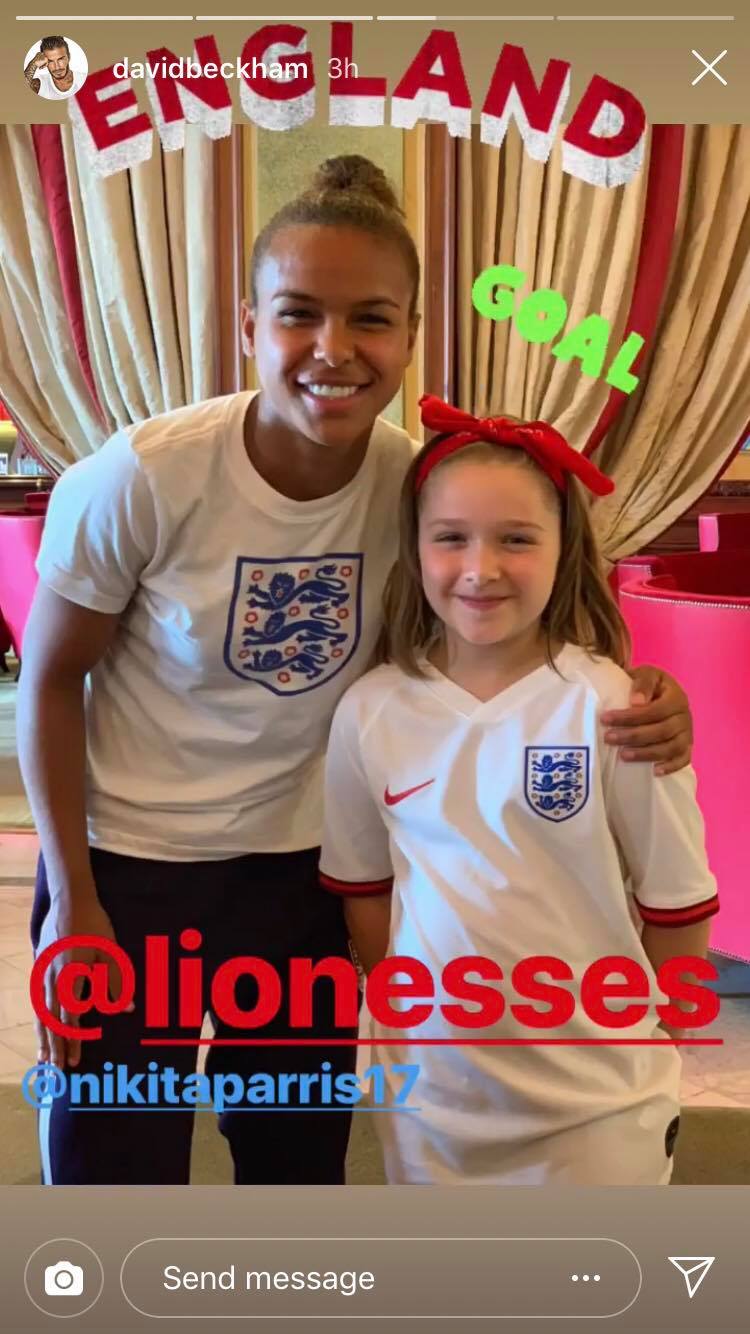 Posting a photo of Harper meeting the team, he told his followers:

"So lucky to get to see the girls before tonight's big game... As a player I know exactly what it means to play in these competitions and to have the support from home which means so much.

"I just want to say how very proud we all are of every single player, they are doing amazingly well and the whole country is behind them !!! As you can see Harper was so excited to meet the team & is so excited for the game...Come On England." 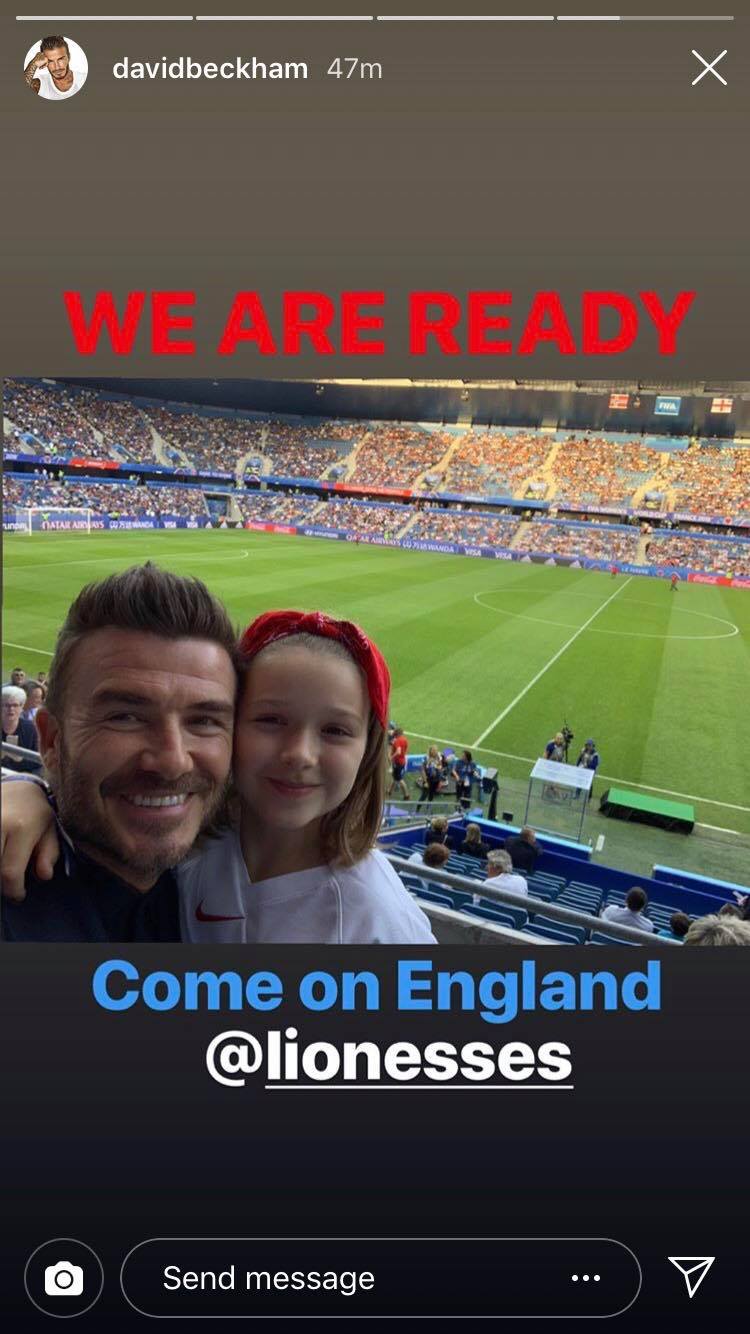 It comes as the dad-of-three recently spoke about how he hoped his daughter would follow in his footsteps with a football career.

During an appearance on the Graham Norton Show last year, he admitted:

“Harper is playing every Sunday and loves it. The boys don’t play and it’s heartbreaking. They have a talent, but it’s down to Harper now.

“I get very enthusiastic when watching her.

“The other day a boy took her down and I had to think how to react with all the other parents watching me.

“Do I act like a Unicef ambassador or do I act like Harper’s daddy? In the end, I let it go!”

popular
Fans think they've figured out why Paige is so upset in tonight's Love Island
Gemma Owen gets to know Jack Keating as her head turns on tonight's Love Island
Ofcom has received nearly 800 complaints about Love Island so far
Ronan Keating worried about son Jack as he is "quiet" on Love Island
Penneys has a perfect dupe for Charlotte Tilbury's Flawless Filter foundation
So it seems Ekin-Su once competed as Miss Ireland before Love Island fame
Airport outfits are all the rage as we head abroad - here are the 4 best ones
You may also like
3 months ago
David Beckham hands over his 71 million followers to Ukrainian doctor
2 years ago
Brooklyn Beckham reportedly dating actress Phoebe Torrance after split from Hana Cross
2 years ago
Victoria Beckham shares how she makes her marriage work with David
2 years ago
'Please stop growing up': David Beckham shares sweet message as Harper turns 8
3 years ago
20 years on: David and Victoria Beckham share ultimate throwback to mark their anniversary
3 years ago
You will LAUGH when you see how David Beckham drops his sons to school every day
Next Page