When you're limited to staying inside, sharing one's efforts in the kitchen on social media is a pretty popular pastime and we've seen a lot of banana bread lately.

We're here for this content and there's plenty of inspiration if you want to get creative.

END_OF_DOCUMENT_TOKEN_TO_BE_REPLACED

Apart from this extremely off-putting combination, courtesy of the former professional footballer.

His meal starts off as a pretty standard meal, comfort food for many even.

Mashed potato, sausages, beans and gravy... basic but you know, it delivers the essentials and is easy to put together. To be fair, we would go with either gravy or beans but you know, each to their own and all that.

However, it's the added ingredient that's a very violent choice - wait for it because you really do need to prepare yourself here. 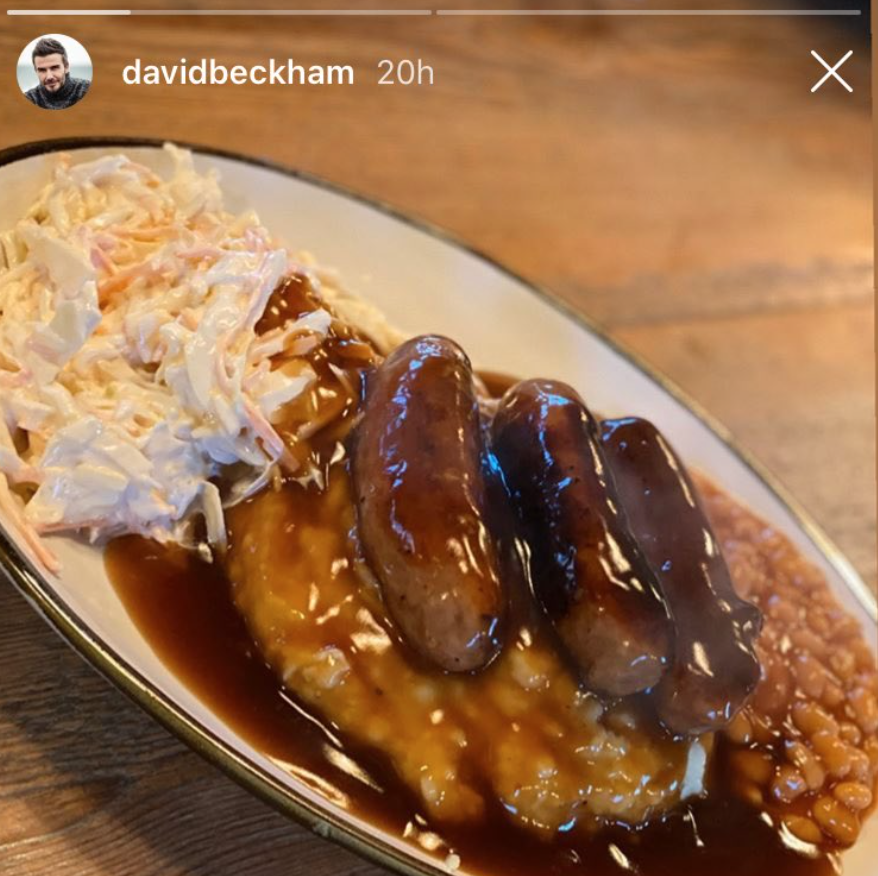 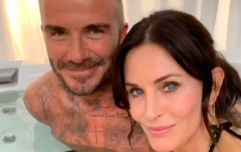 Courteney Cox and David Beckham are sharing a hot tub, and other things you definitely needed to see today

END_OF_DOCUMENT_TOKEN_TO_BE_REPLACED

Yes, the father of four has lumped what looks like a good three quarters of a tub of coleslaw alongside the rest.

He doesn't seem too worried that the coleslaw is mixing in with the gravy and that's an extremely off-putting combination, imagine the texture... *shudder*

We're not alone in our shock at his decision either for people have taken to Twitter to query the thought process here. The coleslaw is the real issue and even more importantly, the fact that the coleslaw is mixing with the rest of his meal.

Morning. Lots of important stuff to get through this morning but a vital question - is it ever right to have coleslaw with your bangers, mash and gravy as per David Beckham? Even in these difficult times...? @bbc5live pic.twitter.com/PkEdBeVGaV

quite offended by the fact David Beckham has coleslaw and baked beans with his bangers, mash and gravy

I’m sorry David Beckham but this behaviour actually isn’t on.. beans, coleslaw and GRAVY all touching each other, disgusted. pic.twitter.com/UYG9jPQfhG

why is David beckham eating bangers and mash with coleslaw, gravy AND beans on the same plate

By far, one of the most alarming things I have seen since this #COVID19 thing happened is that, David Beckham eats coleslaw with his bangers and mash ??

I am not happy about how David Beckham eats bangers and mash. Coleslaw?! But worse - coleslaw and gravy touching and MIXING ??? pic.twitter.com/ZQxQO78UpC

David Beckham has coleslaw, beans and gravy on his bangers and mash and I’ve never been more confused about my feelings. pic.twitter.com/9TYYmzwh54

popular
Traditional names such as Mary, Maureen, John and Michael may soon be extinct
Kylie Jenner fans are convinced she just announced her son's name
The 2 Johnnies share unbelievable catfish ordeal as woman 'targets 40 people'
Pink just announced she was pregnant in gorgeous image
Kevin Spacey charged with four counts of sexual assault against three men
Why Are Men so Obsessed With Boobs? The Answer is Pretty Surprising...
This is how much Kourtney and Travis' wedding cost
You may also like
2 months ago
David Beckham hands over his 71 million followers to Ukrainian doctor
2 years ago
Victoria Beckham shares how she makes her marriage work with David
2 years ago
'Please stop growing up': David Beckham shares sweet message as Harper turns 8
2 years ago
20 years on: David and Victoria Beckham share ultimate throwback to mark their anniversary
2 years ago
David Beckham shares adorable photos as he and Harper cheer on England women's football team
2 years ago
You will LAUGH when you see how David Beckham drops his sons to school every day
Next Page