After days of silence, Scott and Sofia finally comment on the break up rumours

Are they, aren't they?

It seemed to be the question every Scott Disick and Sofia Richie fan were asking themselves over the weekend, but now it seems like they have cleared it all up.

The break up reports began last Thursday, with sources saying that Sofia's dad, Lionel Richie, told her that he would cut off her inheritance if she continued seeing the reality star.

However, now it seems like they've kissed and made up (or never really broke up in the first place), as they were spotted out and about together, as well as on each other's social media.

The 19 and 35-year-old were seen having lunch in Malibu yesterday, and according to E! News, they were "smiling" and "looked happy."

Scott also took to Instagram to first share a screenshot of a TMZ article and said "I had no idea we even broke up but thanks for thinking of us," and then later shared a picture of them out at dinner, simply saying, "Nobu."

The rumours began after Scott apparently cheated on Sofia at Kanye West's listening party in Wyoming. 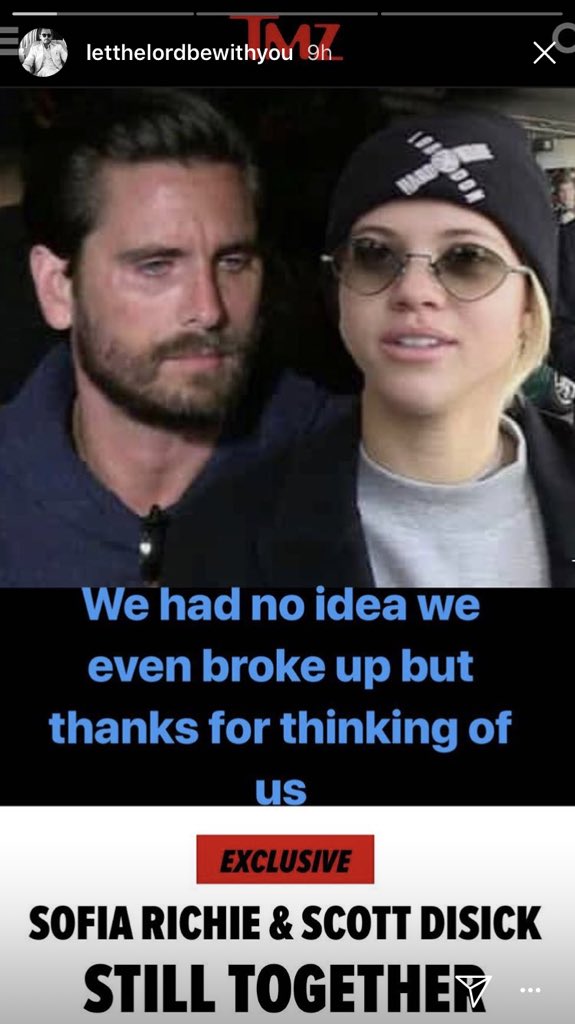 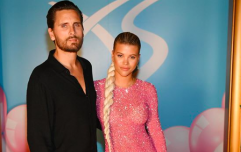 END_OF_DOCUMENT_TOKEN_TO_BE_REPLACED

A source told the entertainment site last week: "Sofia broke up with Scott after the pictures and rumors of his behavior in Wyoming were floating around.

"She couldn't take it anymore. Scott has been off the rails recently and is not in a good place. He goes in waves of partying really hard and then will have his good days and it's just very toxic behavior. It's very up and down."

It'll be interesting to see where this goes...

Girls With Goals || Her · Ep.151: 'A Story Shared' - Aoife P. Rafter on blogging during a pandemic and living with CF
popular
Around the world: The most popular baby names in major cities across the globe
"The female gaze is brilliant:" Why Phoebe Dynevor is proud of Bridgerton's sex scenes
Netflix announces new true crime documentary series: The Vanishing At The Cecil Hotel
Someone has ranked the penis size of men from all over the world
When will lockdown end in Ireland?
Not petite or plus size? 4 'mid-size' style influencers you should follow on TikTok
Here's what happens on every day of your menstrual cycle (roughly)
You may also like
1 year ago
Sofia Richie is bringing out her own fashion label that will reflect her personal style
1 year ago
Kourtney Kardashian is getting slammed online for her daughter's school shoes
1 year ago
Scott Disick shows support for Khloe Kardashian for the first time since Tristan Thompson scandal
1 year ago
Sofia Richie has explained why she won't star in KUWTK and yep, fair
2 years ago
Scott Disick slammed over this 'racist' photo of his daughter, Penelope
2 years ago
Kourtney Kardashian slammed for trying to make Sofia Richie 'jealous and insecure' with recent snap
Next Page