The Love Island star's appointments were repeatedly deferred because of the pandemic.

Demi Jones recently opened up about her frightening cancer diagnosis, after finding a worrying lump as far back as January 2019, when she was just 20 years old.

Demi mentioned the discovery to her mum, who thankfully insisted she had it checked out. But after blood tests and an ultrasound, the reality star was told it was a harmless nodule. 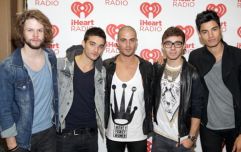 END_OF_DOCUMENT_TOKEN_TO_BE_REPLACED

Unsatisfied, Demi and her family pushed for further tests. She told The Sun: "If I'd listened to the doctors then, I might be sitting here now not knowing I had cancer inside me. The tests all came back completely clear. Even today, I don't know why the ultrasound didn't show anything."

It was only on further testing that doctors discovered the devastating news, but not before her appointment was postponed a staggering six times, over the course of seven months.

Doctors suggested draining fluid from the lump and sending it to be tested as "an extra precaution" but as Demi explains, "pretty much as soon as I had walked in the consultant said, 'We're really sorry. We think it could be thyroid cancer. We need this cut out of you as quickly as possible'."

Demi is now waiting for surgery to remove the rest of her thyroid, but is remaining positive: "When you're my age you assume you will live until you're 80. This has made me appreciate everything so much more."

Announcing the news to her Instagram followers she said, "I'm staying very positive and I'm a strong girl, so I'll be fine. Thank you for your love and support, always. I'll bounce back stronger."

We're rooting for you all the way, Demi.

popular
Terrie McEvoy responds to trolls who commented on her pregnancy weight
The Style Fairy's T-shirt edit is so worthy of your ideal autumn capsule wardrobe
Terminally ill Mayo woman "disgusted" with Irish healthcare system
Someone has ranked the penis size of men from all over the world
Police release bodycam footage of missing YouTuber Gabby Petito
The 'secret' Zara label signs that'll apparently help you get the right size every time
Dublin nurse scammed out of all her savings warns others
You may also like
2 days ago
Vicky Phelan's new treatment will buy her "at least six months"
3 days ago
More than half of people think HPV is a lot rarer than it is
3 days ago
Terminally ill Mayo woman "disgusted" with Irish healthcare system
1 week ago
Tributes paid to Offaly teenager who passed away after short battle with brain tumour
4 weeks ago
WATCH: Three-year-olds who became best friends during cancer treatment are reunited
1 month ago
Experts warn that skin cancer will treble over the next 20 years
Next Page