Like, she's got severe hyperemesis and has been throwing up for pretty much the past six months of her life and she deserves a medal for getting up in the morning.

She also deserves a medal for taking an underwear pregnancy selfie following her recent achievement of not getting sick for once.

In the photo's caption, she wrote that she was "feeling strong and beautiful today" - and she looks it too.

Amy's photo has since received almost 700,000 likes as people commend her for looking so fresh, so pregnant, and so free from puke. 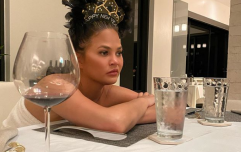 END_OF_DOCUMENT_TOKEN_TO_BE_REPLACED

"I love you and this pic," said Demi Lovato, while Ali Wong said that Schumer looked "amazing" and also that she wanted her bra.

A few other people also took it upon themselves to congratulate the comedian for her latest Netflix comedy special, Growing.

Thanks for having me on @latenightseth and I’m so thrilled that so many publications had women write reviews for my special! 👊🏼💪🏾Chris and I are overwhelmed but the love and support from this special. I’m so grateful and proud as hell. Thank you for posting about it! I’m reading them all! Thanks for my makeup @andrea_tiller and my hair @cailenoble and my dress @chloehartstein and the costume dept for my fake bump!

In it, Amy discusses how she's dealt with being pregnant while having hyperemesis and how having a child growing inside of her hasn't actually changed her as a person.

The special also touches on Amy's husband, Chris, and his autism diagnosis.

She said that she didn't know her husband was on the spectrum when she met him, but that once his diagnosis became clear, she realised it was all of the things that classed him as a person with autism that made her fall in love with him.

It's a good special.

You should watch it.

popular
Paul Mescal wore O'Neill's shorts while carrying cans of pink gin so I bought O'Neill's shorts and cans of pink gin
After days of silence, Scott and Sofia finally comment on the break up rumours
This amazing hanging egg chair is coming into Aldi next week and go, go go (but safely)!
Women and girls struggling with access to period products during #Covid-19, research shows
5 reasons why we need more videos of Doireann Garrihy's new puppy immediately
Here's what happens on every day of your menstrual cycle (roughly)
Gwen Stefani reportedly pregnant with baby number four
You may also like
2 months ago
"I'm not obsessing" Vogue Williams shares an update on her pregnancy
2 months ago
If you're missing The Rotunda, BBC's new Life and Birth docu-series is for you
2 months ago
The HSE's My Options service is available now
3 months ago
QUIZ: Are you using condoms properly?
3 months ago
Jewellery designer Chupi announces pregnancy and speaks about her IVF journey
5 months ago
Mocktails: 3 super-tasty non-alcoholic drinks to serve your pals this festive season
Next Page