"I’d got so used to hearing that voice telling me, ‘Don’t eat that’ or ‘Don’t look in the mirror’."

Little Mix's Jade Thirlwall has spoken openly about her struggle with anorexia.

The singer was diagnosed with the mental illness when she was a teenager, and suffered for five years before overcoming the disorder.

She began treatment for the illness when she was 16-years-old and was discharged for the last time just weeks before her audition on The X Factor.

Jade said that she used to see anorexia as her own "dark secret," a means of controlling her life that nobody else knew about. 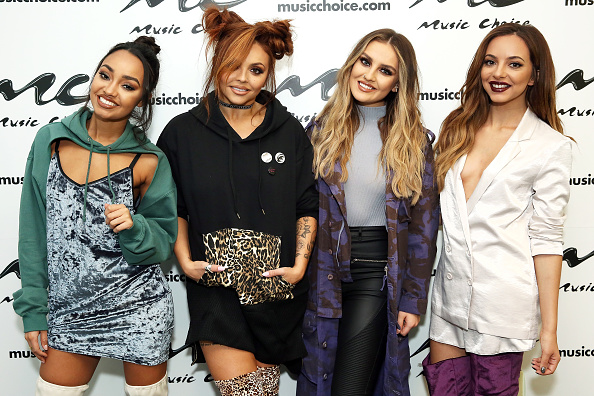 “I obviously became very small and my ribs were sticking out. I was very gaunt and I used to wear a lot of baggy clothes to hide that," she told BBC Sounds Life Hacks podcast 'I’ve Been There: Jade Thirlwall & Anorexia.'

“In my head, I felt so down and depressed about everything that was going on in my life, I really just wanted to sort of waste away.

“I got in a really horrible state. The turning point — and the reason why I first told my counsellor — was when I got tired of hating myself so much."

Jade said that doctors "told me I would die" if she didn't start eating. It was then that she realised the severity of her condition.

“To hear somebody say that to you is actually quite scary and I started to realise how damaging it was for my family," she explained.

“I’d become so selfish with how I felt about myself I forgot that I had family and friends who were also really hurting because of what I was doing.

“It sounds really weird, but I saw anorexia like an angel on my shoulder. Anorexia for me was control, and if I was controlling something then I was winning."

Jade recently visited patients experiencing eating disorders in a hospital in Sheffield to tell her own story of recovery.

She said that she struggled to understand that anything was wrong for a long time, because of how isolating the condition is.

“I’d got so used to hearing that voice telling me, ‘Don’t eat that’ or ‘Don’t look in the mirror’, ‘You’re still ugly, you still have a long way to go’," she said.

“It took a long time to realise that voice wasn’t good for me any more.”

You can listen to Jade's full interview here.


popular
The stunning €40 Zara dress that's just ideal for Saturday night drinks with the girls
We are absolutely loving this gorgeous €10 khaki mini dress from Penneys
After last night, Love Island viewers are backing one couple to win the show
Channing Tatum had the perfect reaction to Jenna Dewan's engagement news
Love Island's Luke T dropped the L bomb last night and it couldn't have been more perfect
Met Eireann has issued a yellow wind warning for certain parts of the country
According to Met Eireann, we're in for a 'wet and wintry' weekend ahead
You may also like
6 days ago
Only 1 in 5 Irish young people have plans to get an STI check this year
1 week ago
Apparently leaving the heat on over night is really, really bad for your health
2 weeks ago
Five Irish food businesses served with closure orders in January
2 weeks ago
HPV vaccine proves successful as UK HPV infection rates fall below 2 percent in 16-18-year-olds
2 weeks ago
New report with alarming finds about Irish children's health, fitness and development
2 weeks ago
Bad news klaxon! Kissing your pet on the mouth may be damaging your health
Next Page